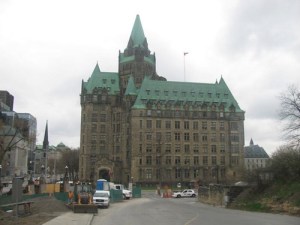 Canada is becoming one of the most liberal countries in the world, which at the beginning can really shock the missionary who sees the “customs” of the people, the immorality, the anti-natural laws: abortions, homosexual unions and adoption, the prohibiting of religious symbols in public places, and so on. In the province of Quebec, for example, there is currently debate about whether or not to prohibit the use of religious vestments or symbols in public, like the cross, a habit, a cassock. . . .  This shows that Canada is a country that is decidedly anti-Catholic, especially the French area. There can be no doubt that there is a systematic program to destroy religion and everything that “Catholic” means. Day by day, the contempt shown to religion is palpable, and the mockery of Christ and the Church in the social media is constant. 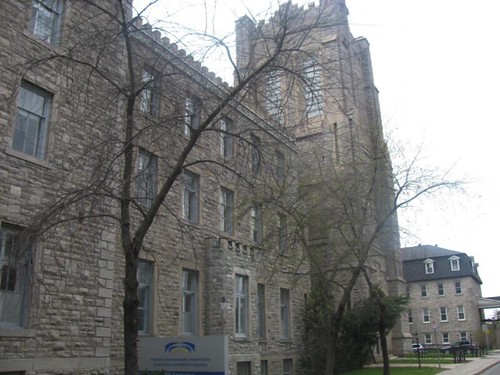 For this reason, in the face of this situation, it is a grace to know so many families and youth who are disposed to live the Gospel in a radical way, and to be able to help them as an Institute. In another chronicle, I will tell you about the apostolate that, thanks be to God, we are undertaking with many families in the Peterborough area. Here, however, I simply want to talk about the apostolate at the university in Ottawa.

After missioning in the USA for almost 7 years, I was assigned to mission in Peterborough, Ontario, and to study for a doctorate in philosophy at Dominican University in Ottawa, which is located on the border between the provinces of Ontario (English-speaking) and Quebec (French-speaking). 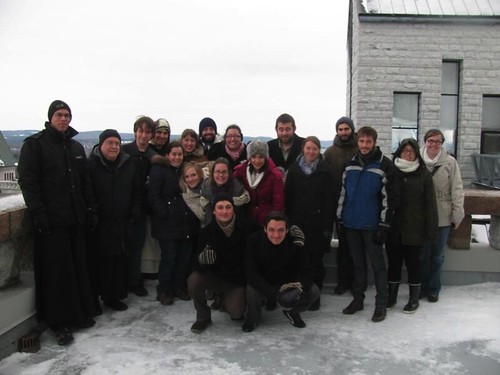 First, the dean of the school of philosophy mentioned to me that he had been in Buenos Aires many times, since he went there to get to know Fr. Meinvielle and Fr. Castellani. He even took courses with them, and considers himself a disciple of both! He also knew the Argentine martyr Carlos Saccheri, who also went to Canada to study at the University of Laval. What a small world! It turns out that when he asked me who the founder of the Institute was, his face lit up, because, as he told me, he met Fr. Buela during his visits with Fr. Meinvielle, although he didn’t know that Fr. Buela had founded a religious institute . . . what a small world!

Secondly, the university where I study, Dominican University, is producing the critical edition of several works of Saint Thomas Aquinas for the Leonine edition. This means that here they have several of Saint Thomas’s manuscripts, particularly some of his commentaries on the letters of Saint Paul. 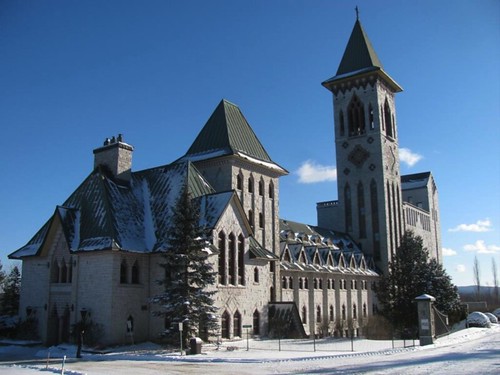 Lastly, I found myself with a group of very Catholic university students who come from all over Canada; some are converts, and others are from very good Catholic families. In spite of the current situation in Canada, there are still good people, because God will always raise up hearts that are anxious to hear the truth. The thing is to pray to be able to find them. . . .

So, during my first week of classes, they invited me to a meeting of the “Pier Giorgio Frassati” group, led by two very apostolic Dominican seminarians.

A few days later, they asked me if I was willing to preach the Spiritual Exercises of Saint Ignatius, since the university students had wanted to take them for a while, but had never been able to find a priest. So, thanks to the help of those two seminarians, we got to work looking for an appropriate place: the Benedictine monastery of St. Benoit-du-Lac. 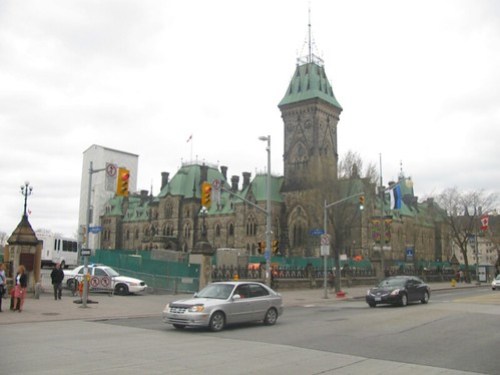 We left Ottawa at 6:00 am and -20 C (-4 F). . . .  and even though we had to postpone our departure a day because of a huge snowfall, we had a beautiful wintry landscape that was truly spectacular.The monastery was founded in 1912 by monks from Solesmes, France. The origins of that community date to 649, when Saint Wandrille founded a Benedictine monastery in Normandy, France. In 1789, during the French Revolution, monastic life was completely suppressed and the monastery destroyed. However, in 1837, the Benedictines revived monastic life, not without great persecution from the French government, until 1901, when they were finally expelled from the country. This is why one group went to Belgium, and another to England. However, as the English also made life difficult for them, they decided to come to Canada. The beginnings of their community were very poor, and the original monastery is very much like ours in San Rafael. It’s located just 1 km from the border with Vermont (USA), separated only by a lake, which is why it has the name St. Benoit-du-Lac.

The group of 22 exercitants was really quite exceptional; they are all university students in different stages, with the vast majority doing master’s or doctoral work in different fields: philosophy, theology, political sciences, the visual arts, etc. All of them are also practicing Catholics, and in general they attend daily Mass.

It is truly a blessing to be able to work with youth of this caliber. It has been very providential, and so I want to also thank my superiors who have entrusted this work to me, particularly Fr. Nieto who gave me the assignment to mission in Canada and study philosophy in Ottawa, and to Fr. Mentesana who followed him in his position and who has permitted me to continue studying.