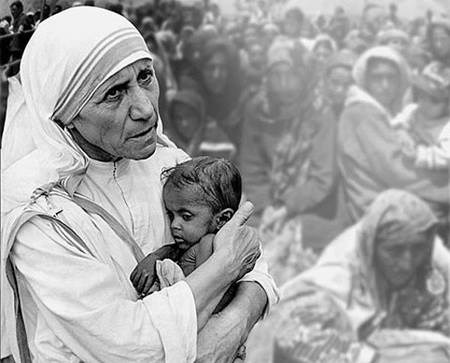 “The LORD sustains him on his sickbed; in his illness He heals all his infirmities” (Ps. 41:3)

Here at the hospital we are witnesses of how this verse of the psalmist is fulfilled. It is in penetrating the mystery of pain and suffering that the soul is united to Christ in a more perfect manner since it unites the cross of illness to the Passion and the Cross of Our Lord and by the merits of this latter, what is painful and unbearable becomes light and bearable. On one occasion, I spoke to a patient about the redemptive meaning of suffering, so that he would offer and unite his illness to Christ Crucified , since “if we die with Him, we will live with Him,”[1], and I gave him a relic of John Paul II (our apostle among the sick). In those days he had been diagnosed with terminal cancer in the intestine and stomach, and when they managed to stabilize him, he was discharged because “they could not do anything more.” Approximately a month later, he was readmitted since his condition had worsened due to the illness. On seeing him, we asked him how he was, to which he replied with a smile: “very peaceful”. I offered a priest to visit him in order to administer the sacraments, which he accepted with enthusiasm. I took the opportunity to remind him to offer and unite his illness to Christ Crucified and he replied, “Since the last time we spoke, that is all that I have done, to unite myself to the Cross of Christ through my illness; and to pray with my family, especially to John Paul II. From these, we have found strength; if Father comes to see me tonight to give me the sacraments, I’ll be ready to go to Heaven, to see Heaven, to see God.” As he spoke, one could see a lot of peace and joy in his gaze and in his face, for he saw his hope being fulfilled.

Another patient who had a tumor in his spine and had already been hospitalized several times began to deteriorate on a Saturday morning. The nurses asked us to go to see him. After calling for a priest in order to administer the sacraments, I went to pray the Chaplet of Divine Mercy with the patient. At the end of the Chaplet and before Father arrived, I whispered in his ears: “Do not be afraid, God is calling you, prepare your soul to go to meet Him” and he, in the midst of great pain responded: “I’m not afraid, I know where I’m going and whom I will see, and that gives me strength and peace.” When the priest arrived, he administered the Sacraments and imposed the Scapular. A few hours later, at 3 p.m. on Saturday the patient died.

We have many examples like these, and also cases of patients who have been cured through prayers, especially those whom we had entrusted to you in the Request for Prayers. But by means of these two examples, I wanted to highlight the fulfilment of Psalm 41:3, which verse is also the title of  this Chronicle: “The LORD sustains him on his sickbed; in his illness He heals all his infirmities,” because while God has the power to make the disease disappear, He does something more perfect, namely to assist the sick person with His grace so that the patient’s illness is the key that allows him to enter Heaven, and in many cases, God gives the grace of conversion to the entire family. Thus, a moment of pain becomes a means to gain eternity with God; He deprives the health of body and through this privation, He restores the health of soul.

We request many of these patients to pray for our missionaries, especially those who are perhaps farthest away or in more difficult places, and thus they also, from their beds of pain, become coworkers in our missions.

The sick are the beloved of God and therefore, those of us who have the grace to assist them at this hospital, become partakers of the promise of the same Psalm:

“Blessed is he who considers the poor! The LORD delivers him in the day of trouble”[2].

Servants of the Lord and the Virgin of Matara 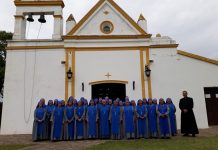 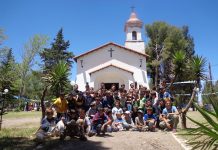 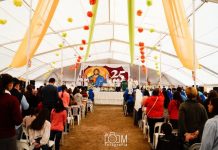 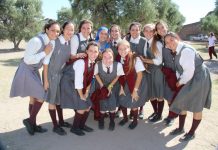 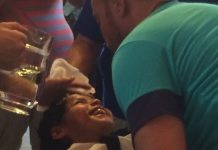 Chronicle on the Oratory in La Plata