Institute of the Incarnate Word (IVE)
Home Province of the “Death and Resurrection of the Lord” Syria In the News: Our Missionary Sisters in Gaza and Syria
Facebook
Twitter
Google+
Pinterest
WhatsApp 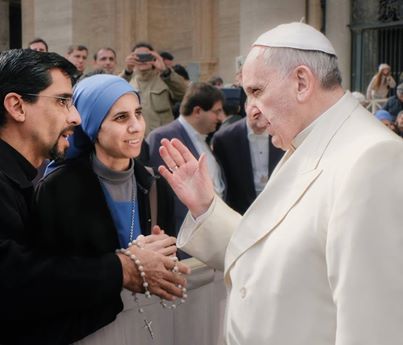 Recently two of our sisters have been interviewed by news agencies interested in their missionary service in some of the most difficult parts of the Middle East.

From Gaza to Syria

On April 25, Aid to the Church in Needpublished an interview with Sr. Maria de Nazaret (Mary of Nazareth), SSVM about her offer to serve in our mission in Syria after four years in the Gaza Strip.  This article was also carried by Zenit and CNA (Catholic News Agency).

During the air strikes on Gaza in November of 2012, Sr. Maria de Nazaret composed an open letter describing the situation on the ground and calling for prayer which was published first on the Latin Patriarchate’s website and then carried also by Vatican Insider.

The Religious Family website of the Middle East (in Spanish), www.ivemo.org, includes updates from the Middle East and formative information.  They posted a“Christmas 2013 in Gaza in Photos” where the images tell the story of Sr. Maria de Nazaret and Sr. Maria Rainha de Céu, SSVM working alongside the IVE priests in the missions.

First Time Out of Syria in Three Years
On April 15, AICA (Agencia Informativa Católica Argentina), one of the largest Catholic news services in Argentina, carried an interview in Spanish that they had conducted with Sr. Maria de Guadalupe, SSVM during her visit outside of Syria since 2011.  Blog posts from the missionaries in Syria are available in English, Spanish and Italian on their website: soschristiansinsyria.wordpress.com.

Before travelling to Argentina, Sr. Maria de Guadalupe first went to Rome where she was able to greet Pope Francis.  A truly joyful moment at the heart of the Church! Link to the photo gallery of the day, images #5-8 show missionaries from Syria with the Holy Father.

We invite you to join us in daily prayer for peace in the Middle East, and especially for the faithful of our parish communities and missionary sisters and priests in Syria and the Gaza Strip. 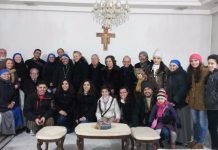 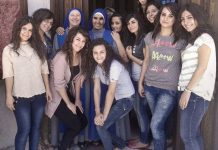 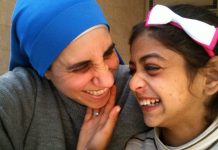 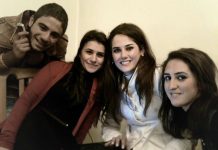 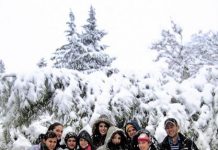