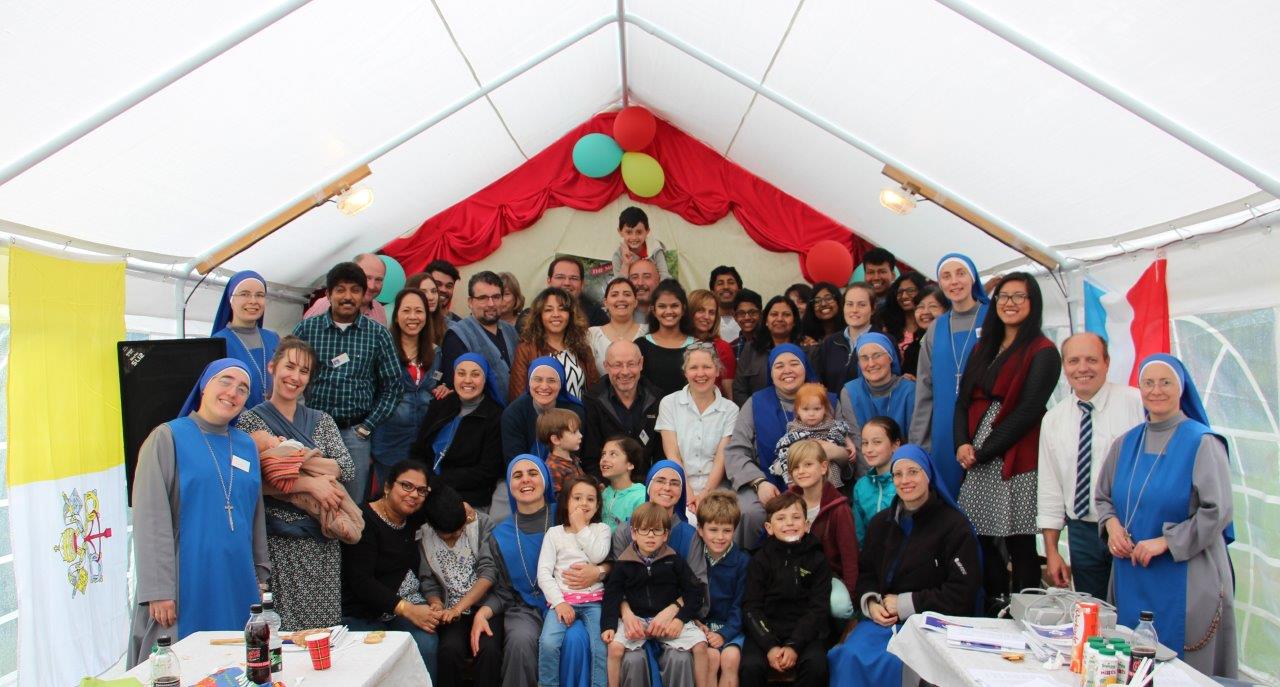 “The family is the way of the Church”

“The divine mystery of the Incarnation of the Word thus has an intimate connection with the human family. Not only with one family, that of Nazareth, but in some way with every family, analogously to what the Second Vatican Council says about the Son of God, who in the Incarnation ‘united himself in some sense with every man.’ Following Christ who ‘came’ into the world ‘to serve’ (Mt 20:28), the Church considers serving the family to be one of her essential duties. In this sense both man and the family constitute ‘the way of the Church’.”[1]

With great joy we were able to carry out the first International Family Days of the Northern Europe Province from May 20th to the 22nd of this year.

Families came from Belgium, Holland, Luxemburg and Iceland, and we could count many nationalities: French, Brazilian, Indian, Dutch, Belgian, Syrian, Peruvian, and Luxemburgish. During these days we had adoration, a procession, confessions, conferences, family games, and recreation.

These were unforgettable moments for everyone, being such that we could share with each other the riches of the diverse cultures, languages, and above all the common ideal and goal for which we each are fighting: the holiness of each member of the family.

The weekend ended with a festive lunch.

“May the Virgin Mary, who is the Mother of the Church, also be the Mother of ‘the Church of the home.’ Thanks to her motherly aid, may each Christian family really become a ‘little Church’ in which the mystery of the Church of Christ is mirrored and given new life. May she, the Handmaid of the Lord, be an example of humble and generous acceptance of the will of God. May she, the Sorrowful Mother at the foot of the Cross, comfort the sufferings and dry the tears of those in distress because of the difficulties of their families.”[2] 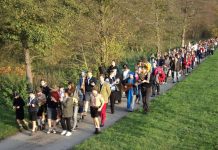 The March for the New Evangelization November in Luxembourg 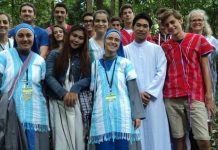