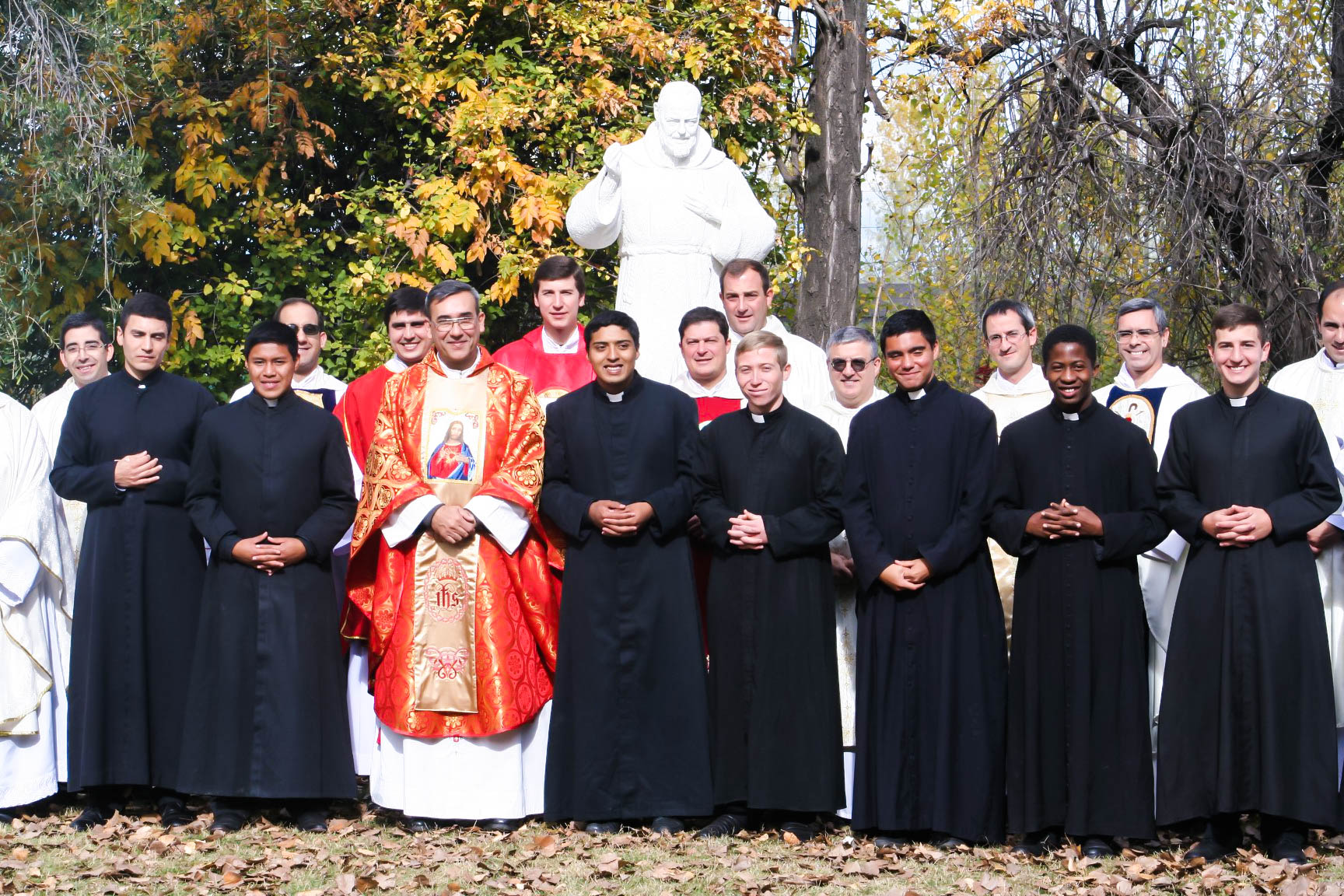 On the Solemnity of Pentecost, this past Sunday, 7 novices received their religious habit.  We give thanks to God and ask the Virgin Mary to protect them.

The Novitiate in Ecuador

Prayer for peace in Jerusalem on the solemnity of Pentecost. Pilgrims and local Christians celebrated the coming of the Holy Spirit at different points of the holy city.  A vigil of prayer for peace and justice was led by Mons. Pizzaballa….

Testimony and Thanksgiving for the Prayers. Iraq

Visit of Fr. Luis Montes, IVE to Cristina’s family.  She was torn from her mother’s arms when she was 3 years old, but the prayers of thousands of Christians from all over the world did not go unheard, since a Muslim from Mosul bought her at the market in order to take care of her and returned her to her family after the city was liberated.  As the mother of the girl said so well: “Give God the glory!”

New Foundation of the Servidoras in Isabela Island, Ecuador

Retreat for Priests in Tanzania

Video about the Home for Girls in the Philippines

Photos of the Pilgrimage to Badaran.  More than 50 pilgrims arrived on foot at the mountain.

After Holy Mass we had the traditional blessing of the wine and cheese that we then ate with relish, all sharing together

Admission to Monastic Life in Luxembourg

María de Bonaria was admited to the monastic branch of our religious family, in our monastery in Luxembourg!

Visit of the Pilgrim Statue of Our Lady of Victory to the Parish of San Jose de Anchieta, Brazil

The Saint Genesius film festival was begun by the priests in Hong Kong.  Its objective is to provide a forum for catholic parishes, institutions, groups and catholic elementary and secondary schools to use film as a means of evangelization.

See the video (Subtitles in English)

Retreat for Girls in France

Visit of Mother Corredentora to the Monastery in Valkenburg, Holland

The Footprint of an Elephant, Chronicle of the Mission in Tanzania

Feast of Our Lady of Cartago, Tunisia

Gregorian Chant Course in the Monastery in Tuscania, Italy

Mother Sacred Heart was able to go on pilgrimage to St. Mary Makillop and the two local superiors in Papua, M. Ancilla Humilis and M. Cielos were able to accompany her, along with Candida, the mother of a sister.

The cooperative commission of parents of the school helped prepare a chicken and rice dinner as a fundraiser.

Floral Games in the Primary School

Blessing of a Bust of Saint John Paul II in the Saint Martin of Tours Home, San Rafael, Argentina

Festival for University Students in Asia

Malvinas Islands week in the High School in San Rafael