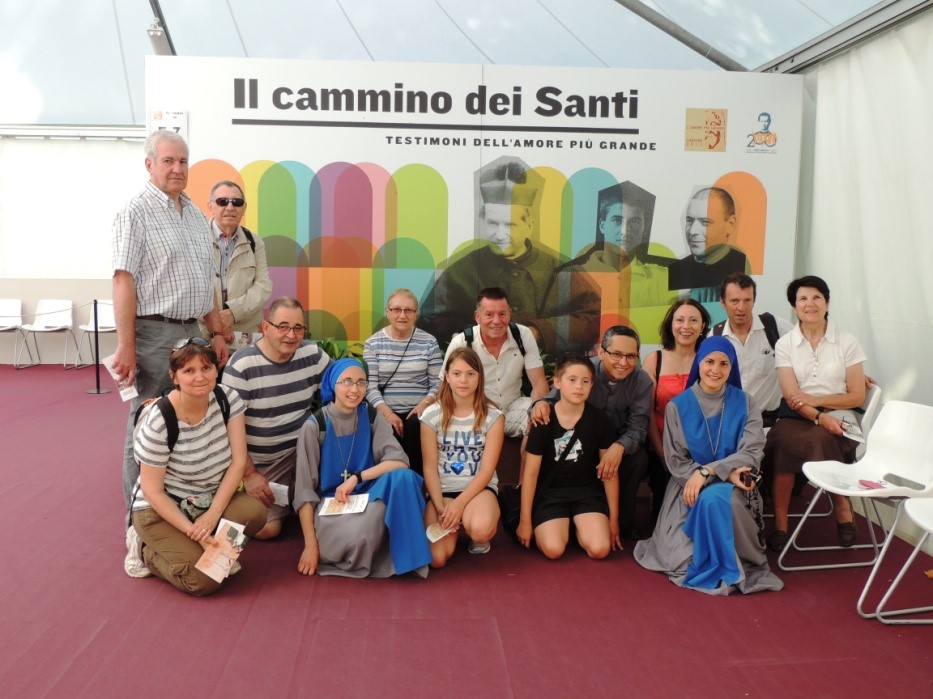 Arriving from the summer vacation, we would like to give you all a glimpse of some of the activities carried out these last six months in our mission.

Remembering some of the “little flowers” from all the seeds sown in this field of mission activities.

Tuesday April 21th: Going out with the Group of teens.

Our goals this year were to visit the Basilica of our Lady of Fourvière in Lyon and the ice skating rink. The Basilica is one of the most visible fruits of Lyon’s love and devotion for the Mother of God; over the centuries she has protected her children who have made many pilgrimages and pleaded for her maternal protection from so many dangers; this Marian fortress was opened in 1896, as the result of a promise made to the Virgin, who protected the city from the Prussian invasion in 1870. Before the Basilica was built, there was a chapel from the 12th century that now can be seen to the right of the Basilica. Above the Bell Tower of this chapel sits a “throne” of a golden image of the Virgin Mary, who watches over the entire city.

With the youth from our two parishes we took a guided tour to better understand this magnificent building. Particularly it’s angelic sculptures, stained glass and beautiful mosaics which sings to the Glories of Mary. After this visit we had recreation at an ice rink (Carlos Magno), where we tested our strength and agility! On Saturday April 11th, we organized a retreat for all the children (of both parishes), who in the course of the year made their first communion.

During the Sunday retreats, we invited the families of these children. They started with the Holy Mass, followed by lunch and different workshops; parents and children separately. It was a good opportunity for the children’s parents to “re-discover” the importance of Christian values, which have been forgotten or replaced in our society. For most of them it was their first retreat. It was also a great occasion for the parents to know one another. It was an enriching experience, a time for exchanging ideas, in which they began to realize it was possible to live these values within the family.

One of the parents proposed enthusiastically: “Let’s we have these meetings more often!” On the occasion of the extraordinary exhibition of the Holy Shroud, we organized two groups of parochial pilgrimages. 35 lay people participated in the first and 11 in the second. It was a time of thanksgiving. Our main objective was to pray before the Holy Shroud, an eloquent witness of the love of God for each of us. In addition, we visited two major homes of charity: Valdocco, where Don Bosco founded the oratory (there we were able to attend Mass), and Divine Providence, the great “city of charity”. We also prayed before the relics of San José Cafasso in the sanctuary of the Consolata. There was a very friendly family atmosphere in which we lived with our parishioners during those days; all were pleased to help in the kitchen, and cleaning the house. The joy of each day overcame the tiredness, encouraging each other by example. Tuesday 19th to Saturday 23rd of May: Spiritual Exercises for women.

A group of 12 women from both parishes took part in the spiritual exercises of St. Ignatius preached by Father Eugenio. Four days of silent reflection, exercise in the discernment of spirits, all in light of the Gospel, so each one can find her way in the life of faith. This year we extended the invitation to the families, we wanted everyone to participate in this activity both recreational and educational. We proposed to the laity, young people and adults to the games handle and kiosks. For most of them it was the first time. Despite the intensity at the end of the day, everyone was happy and even more, grateful to have helped with this small apostolate. We celebrated the first communion of those children from our parishes that we had been preparing during the year. Our aim, above all was formation of conscience, instructing them through prayer, brief moments of worship and the study of the sacred history. Central to all this is the love of Our Lord, who is present in the mystery of the Eucharist. We give thanks to God for all the fruits of our apostolate and we entrust this new year to Our Most Blessed Mother. 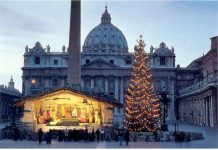 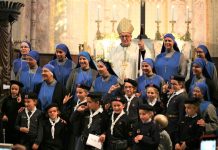 “An anticipation of heaven” 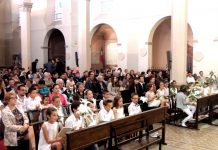