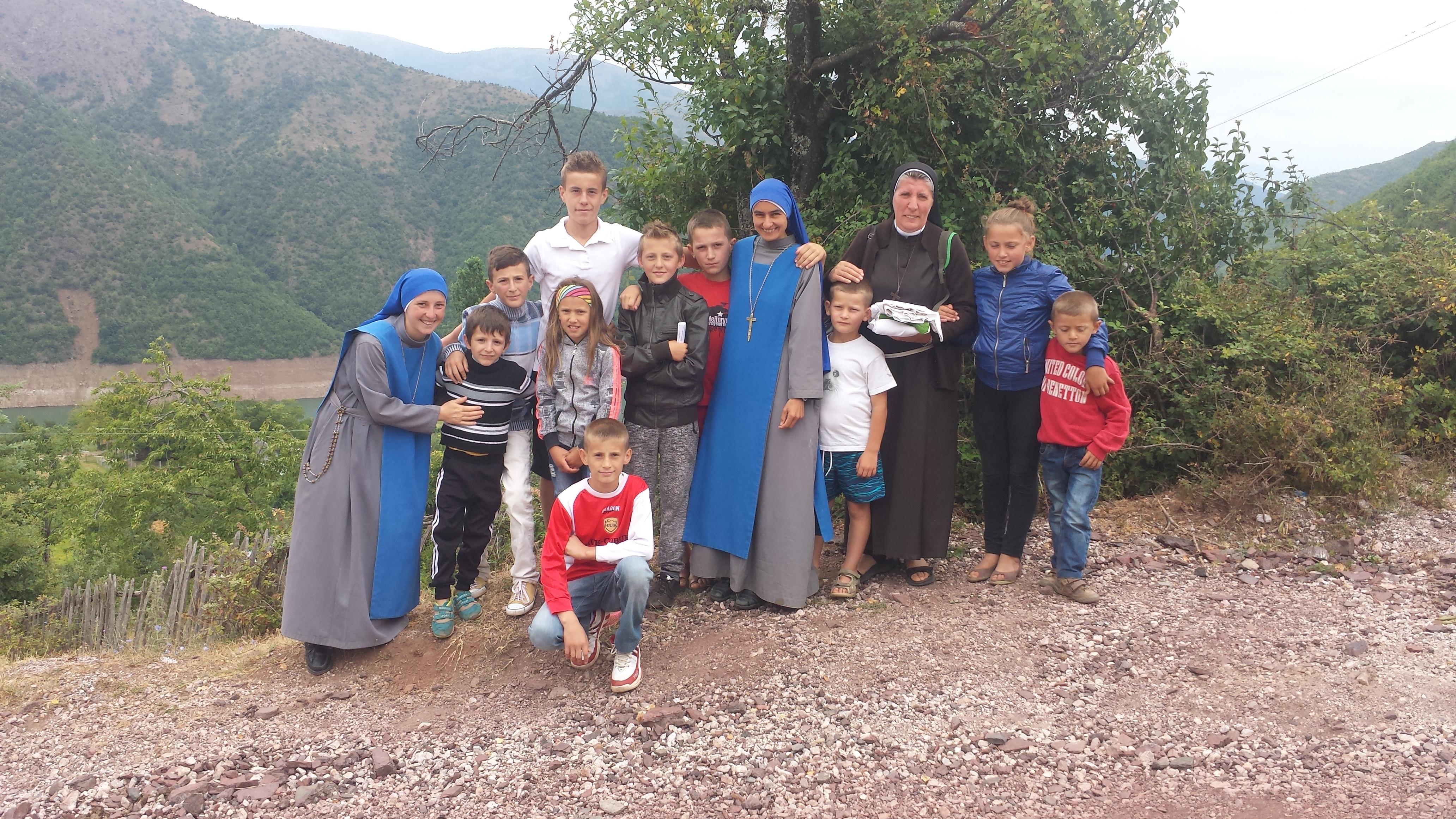 We would like to tell you about the beautiful popular mission that we have just completed in the mountainous region of northern Albania.  In the summer, all of the religious and priests of our diocese of Sapa come together in order to make a popular mission in the most distant region of our jurisdiction: the mountains.  Due to the inclement weather, (we are speaking of places where it is always winter, covered with snow –up to 3 meters or 9 feet– all year round) a priest is able to visit this region only once or twice a year.

On July 1st, we all gathered at the home of some religious, in a town called “Lekbiba”, near the border with Kosovo. We were around 20 missionaries: religious from different congregations, seminarians and three priests, including the parish priest. We divided into groups and set out for the different villages. Two Servants of the Lord were able to join this mission: Sr. Dituría (an Albanian sister), and I. Our group contained six missionaries: one Franciscan Stigmatine sister, one diocesan seminarian, one Franciscan Capuchin priest, one young man (a member of the “Franciscan Youth”) and the two of us. We were assigned to three towns: Arst, Poravë and Miliskëj, which, traveling by van, were about an hour from the mission center.

The day began with all the missionaries gathered at the mission center for the Holy Mass. Then, after breakfast, we all departed in our respective groups. Our mission began in the small chapel of Arst, which actually belongs to the cemetery of the town, where the people (and most notably the youth) eagerly awaited our arrival. After prayer and a short meditation on some verses of Sacred Scripture, we divided all the participants into groups according to their ages, in order to give Catechism lessons. It was very satisfying to see the attentive eyes of all of the children and youth, who, silently but with much interest, listened to the doctrinal explanation.

While the Catechism lessons were being given, three missionaries were designated to visit and bless the houses. This was a great adventure because the houses were very far from each other, on different mountaintops, without any access by roads. One had to walk on narrow paths, up and down the mountain side, making one’s way through the brush in order to reach the houses. We had to be guided by a local youth in order to find the houses because they were literally “lost” in the mountains. Thanks be to God, the parish priest had advised the people that we would be visiting them and so they were prepared and did not leave their dogs loose outside (they have sheepdogs and these have a tendency to be very bold).

The local people are very simple and at the same time amiable, very respectful of their traditions. They are sustained by farming the land and grazing animals such as sheep, goats, lambs, and pigs; and sometimes they even have beehives.

Upon arriving at a house, the priest of guide shouted: “Oh Zoti i Shpis”, calling to the owner of the house. As soon as they could be seen, they welcomed us to come in. The majority of the houses were very poor, small and short, though very orderly and clean. We entered into their living room, where usually there was a pair of chairs, although sometimes it was only their beds or planks which served for this purpose. There, the first rite began: the greetings. The owner of the house began by first greeting the priest with:“Çoft levduar Jezu krishti” (“Praised by Jesus Christ”), to which was responded: “gjithmon e jetes” (“now and forever”). After these greetings, we explained to them about the mission that we were doing, what it consists of, offering to bless their house. After this blessing, we gave them an image of the Albanian martyrs, and to the owner of the house we gave a rosary or a medal of the Blessed Virgin. This was the same for almost all of the houses.

In the afternoon we gathered again with our group of missionaries in the town’s school. There we ate lunch, which was a cheese sandwich, cucumber, tomato, and some fruit. The school building was quite abandoned in appearance, without doors or windows, full of debris. Only one classroom is in use, for five students of different ages. The rest of the children and youth travel to a city in order to study; in most cases they stay with some relatives of theirs. The students of the town’s school are the only ones who have no possibility of going anywhere else. In order to arrive here, they have to walk a long distance, and generally it is very cold. It is really a very tough life for them. It is certain that they must spend many days without classes since the great amount of snow blocks them in their houses. Likewise, they have to work during the summer in order to gather enough food to last them the winter.

In one of the houses we met an elderly married couple. The husband was very happy with our coming and told us, full of emotion, that his family had come to this high region of the mountain during the Muslim invasion. The Muslims had taken over all of the country’s coasts, forcing the Christians to convert, threatening them with death. In this way, the majority of the Christians abandoned all that they had and fled for refuge in the mountains. These families, steadfast in their faith, settled down and remained there.

Another beautiful characteristic of this place is the innocence of the children and youth. To them, everything was new and fun, even the simple game of jump-rope, which even the youth enthusiastically joined in and could have remained the whole afternoon playing like this.

I cannot finish this chronicle without highlighting the great spirit of sacrifice of the people of this town. The youth, in order to come to Catechism and for the games, had to rise very early each day, first taking their cows or flock to graze and leaving their work finished so that in the afternoon they could be free until the evening when they had to return and continue the tasks of the farm; all this without mentioning the kilometers that they had to walk in order to arrive at the chapel, and then return to their houses. The joy of these youth was truly admirable, and their eagerness to learn the doctrine of the faith was edifying indeed.

To be a missionary is a grace, a completely unmerited grace. God does marvelous things through his poor instruments. Long-live the mission! Long-live Jesus and Mary! Long live Albania! 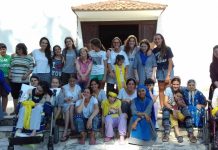