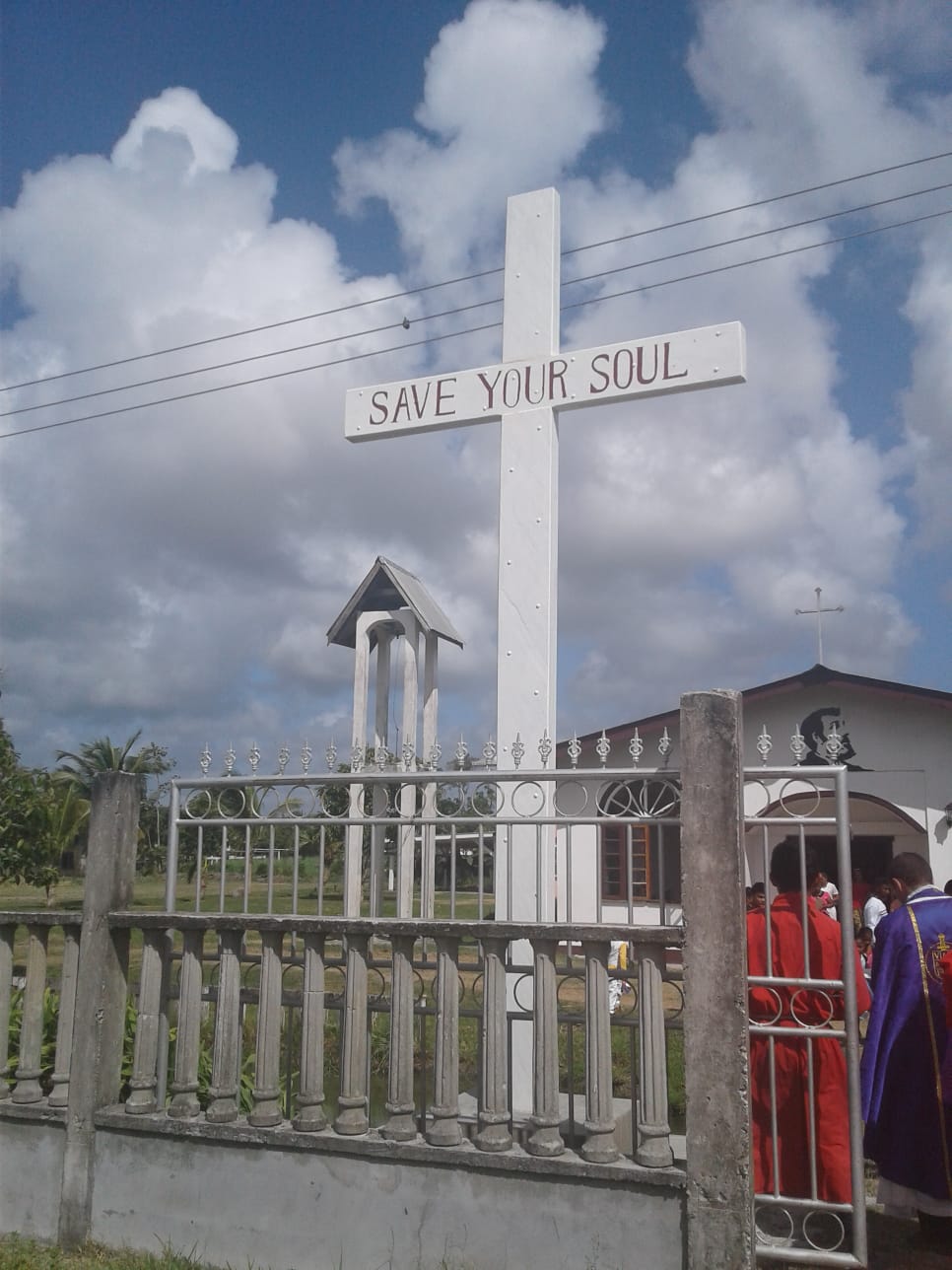 Going into the Whole World

It has been over a year since I left my first mission of Guyana, the Land of Many Waters, and although I thought that I would never go back again, God has graced me with the privilege of accompanying a FOCUS group to Guyana for a popular mission in Charity. The group consisted of 4 FOCUS missionaries and 9 university students. For the past several years, FOCUS has brought groups to the mission in Guyana, but this time I was able to accompany them from the beginning.

“Go therefore and make disciples of all nations…” We arrived in Charity after an 8-hour plane, boat, and bus ride, and started our week with the Holy Sacrifice of the Mass. On Sunday, we opened the mission with Mass with all the parishioners of the community. Everyone was so happy to have the missionaries and welcomed them warmly. Each missionary received the mission cross, and so the mission officially began. Every morning we went to different parts of the village of Charity, both on the coast and on the river, to visit each family and invite them to the mission at the church. After talking to a lot of people, you could see that they simply didn’t know the Truth but were open to learning. My group found several families that live deep in the bush and have never been baptized or don’t even go to church. It was a blessing to meet them and share the Faith with them.
In the afternoons, we had activities for all ages. Many people came every day because we had visited their houses. Every afternoon there were probably close to 65 children that came to the church. Most of them were boys from the street, many of whom were not baptized. They did not have the best behavior, and actually it was quite difficult to keep them focused, but when it was time for Mass, we sat with them in the back of the church, and the missionaries would help each one of them cross their arms and receive a blessing from Father when it was time for Communion. If these missionaries hadn’t come, these children would have never even heard of the name Jesus and never come to the Church. There were many seeds planted this week, and in God’s timing they will grow.

After the afternoon activities, we processed around the field praying the Holy Rosary and carrying the Virgin Mary. The Holy Sacrifice of the Mass followed, and then we ended the night with a big bonfire and a fogon. The last night of the mission, we had a unique talent show in which both the American missionaries and the Guyanese people participated. It was called “Guyana’s Got Talent”! It started out with just a few performances, but then more and more people added their talents to the show. Everyone had a great time!
“…baptizing them in the Name of the Father and of the Son and of the Holy Spirit, teaching them to observe all that I have commanded you…” We closed the mission with the Holy Sacrifice of the Mass on Saturday morning and during this Mass we had baptisms and First Holy Communions. Everything ended with teary-eyed goodbyes for it was very real that we all, the missionaries and the Guyanese people, became one big family and will always keep each other in our daily prayers and thoughts.

“…and I Am with you always, till the end of the world.” Once we said our goodbyes to everyone we set out on our long journey back home. What joy and peace we were bringing back with us! This was an experience that none of us would ever forget and I am sure that each one of the missionaries learned something new and that their relationship with God grew stronger during this trip. We know that no matter where we are, we are will always be united in the Holy Sacrifice of the Mass.

This is God’s vineyard and He has sent us out to be His laborers, and whether we are in the jungle of Guyana, or in North Philadelphia, or where ever we may be, there are souls to be saved and crosses to be carried. He will give us the graces we need, we must let God work in us so that “…it is no longer I who live, but Christ Who lives in me…” (Gal, 2:20). Viva la Mision!