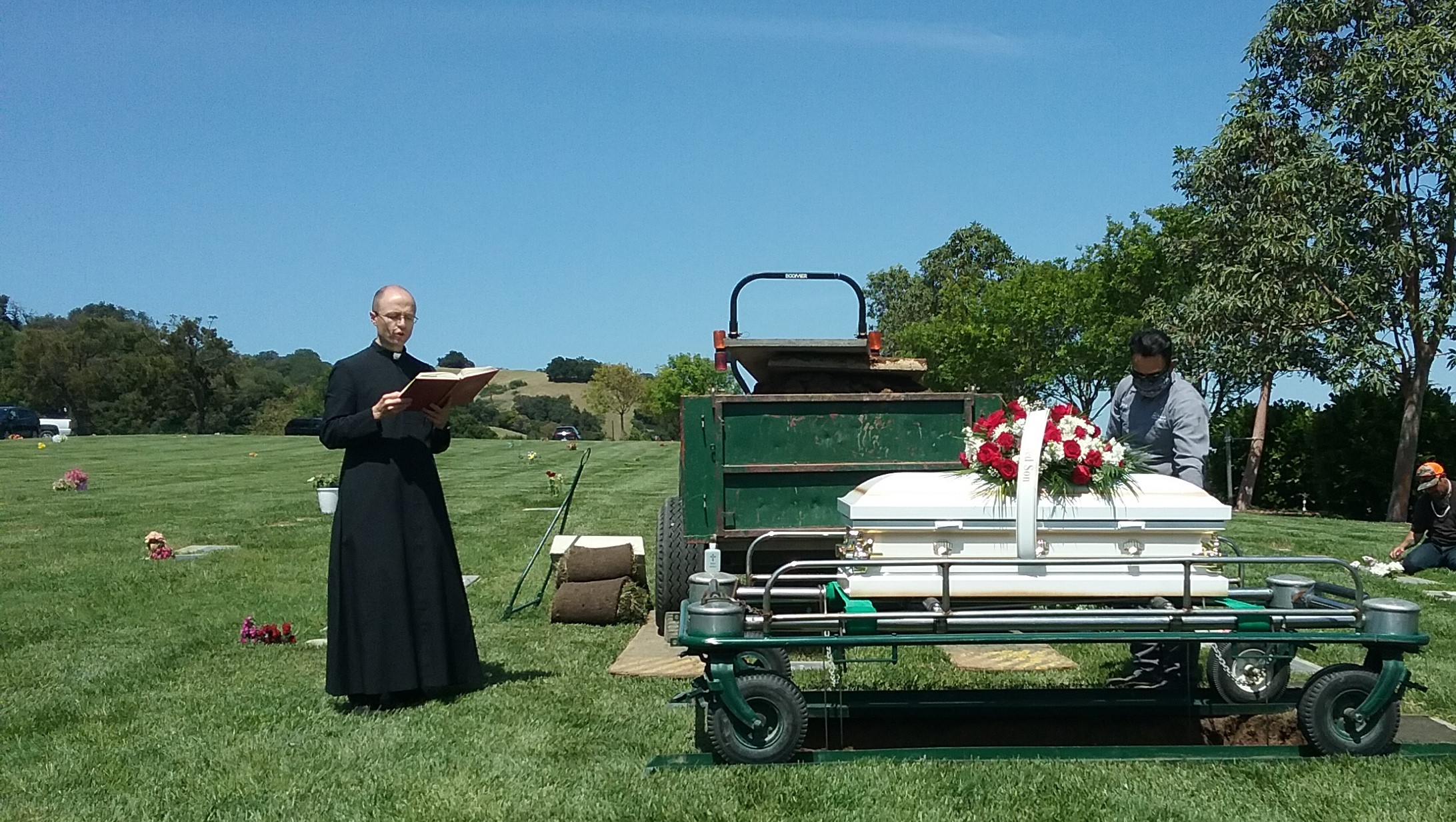 “Neither he nor his parents sinned,” Jesus answered, as he miraculously restored his sight, “it is so that the works of God might be made visible through him” (Jn 9:1)

The suffering of the innocent is permitted by God to manifest His works and the works of man: the loving and unexhausted efforts of science; the many different works of human solidarity; the marvels of supernatural charity. (Pedagogy of Innocent Suffering by Don Gnocchi)

None of us reaches salvation on our own. This is true for every saint and every person on the road to Heaven. We are continually, in the seemingly insignificant and ordinary events of our daily lives, given the opportunity to unite our efforts to the one sacrifice of Christ on the Cross in order to win graces for souls. It is always in our power to contribute to the good of others or to refuse the offer to collaborate. It is perhaps this fact and the urgent needs of our neighbor that gives us the courage to fight the good fight for Heaven.

This past year I had the privilege to get to know one such courageous soul, a 7-year old boy named Matthew, and to be a witness to his supernatural acceptance of great suffering for the love of Jesus and Mary. Matthew was born with a disease which made his health very delicate, especially his lungs. He was paralyzed from the neck down, was fed through a feeding tube because of his inability to eat on his own, and he was barely able to speak. I taught him catechism for three weeks; he was preparing to make his First Communion. He would come to class in his stroller with his mom and his older sister. I learned right away that he was a tough boy who stuck to his word: his “yes” (when he nodded his head) meant yes and his “no” was no.

The day after the third week of class, during which we happened to be speaking about Heaven, he was admitted to the hospital due to complications with his illness. He was to spend the next five months in the hospital, connected to a machine that would periodically pump out the fluids that would gather in his lungs. This was clearly an extremely painful process for his weak little body to endure. We visited him as often as we could. His condition was so delicate that the doctors were constantly predicting he would pass away at any moment.

I have never seen someone suffer so much. Due to his inability to speak, he had to endure his agony, isolated in his suffering, unable to communicate how he felt or how much pain he was experiencing. However, for those who knew Matthew and paid attention all that was happening was clear in his face.

Early on in our visits, when it became clear that his stay in the hospital was going to be for some time, I began to explain to him how much good he could do if he offered his suffering to the Lord for the salvation of souls. As I was explaining these things, tears began to stream down his cheeks. I was deeply moved as I had never seen him become upset before. I saw the nervousness of the nurses who were also listening as they attended to his needs. On one occasion, one of the nurses seeing that I was a sister began to tell me that she grew up Catholic but had since fallen away from the faith. When she left, I turned to Matthew and said “See, you can pray for her.” Each time I visited Matthew in the hospital, I brought him my intentions and repeated to him what I had said of offering one’s sufferings. Often, I felt I was asking too much of this child because almost every time I mentioned it, he would cry. Since there was always a possibility of him dying, I also spoke a lot about Heaven and how we were made to go there and that death is only a passage to that better place.

In the beginning, when we asked him, would you like to go to Heaven? He shook his head violently. Understandably, Matthew didn’t want to die; and offering up his sufferings was hard. For we say to a child, “once you clean your room or do your homework, you can play outside or have a piece of candy.” The reward we were offering to Matthew was something that is difficult even for adults to comprehend. However, despite his tears, this initial refusal and hesitation at the idea of death transformed over the months of his illness. His childlike simplicity and trust allowed him to embrace with great confidence what God was asking.

Matthew’s condition went from bad to worse. One time, when I was visiting him in the hospital, his face resembled an image of Jesus in deep agony on the cross that I had recently seen. His condition deeply shocked and moved me. One of the priests, when I mentioned this, pointed out the passage from St. Faustina’s Diary: “Those who are like Me in the pain and contempt they suffer will be like Me also in glory. And those who resemble Me less in pain and contempt will also bear less resemblance to Me in glory.” (446)

His mother was incredibly heroic and courageous during those months. She confided to us that many times she would wake up in the middle of the night and see him looking up at the ceiling and smiling. She told us that his face shone, and his smile seemed to say that he was interacting with someone. She also told us that on another occasion she entered the hospital room and was moved by the scent of roses and incense. As soon as she had perceived the smell, it disappeared. When she asked the chaplain of the hospital, he said that the smell of roses is associated with Our Lady and incense with Jesus.

One day his mom video-called us because Mathew was going to have surgery in the morning and he was crying inconsolably and she did not know how to get him to stop. We showed him a statue of Mother Mary and said that he had no reason to be afraid; Mary was with him. His tears and his will to suffer showed me that our nature will always cry in pain, and tears will flow, but love and sacrifice are in the will.

Against all expectations, and in spite of several fevers and an infection in his lungs, after five months in the hospital Matthew seemed to be better. Due to the possibility of contagion of Coronavirus, the doctors were hoping to get him out of the hospital as soon as possible. On April 6th, he was sent home. We video-called him and congratulated him on arriving home. He looked so happy, a happiness and a peace I had never seen him have before.
However, without warning, on the morning of April 21st, Matthew passed away. His death was shocking for me because I had been mentally preparing myself for his death during the five months he was in the hospital; but when he returned home, I thought his hour of death was not as imminent as it had seemed. However, the Lord seeing how well His servant fought, must have decided it was time for him to be crowned. His funeral and burial took place on the First Friday of the month of May which was quite fitting. As Father Brian Dinkel, IVE said at his funeral Mass “We can see that he is carried by the Holy Family as this day is 1st Friday, in the month of Mary, and the feast of St. Joseph the worker.” It was most fitting that his coffin and vestments were all white which would have been what he wore on his First Communion day. In the end, this was his day of Eternal Communion with God.

As I reflected on when I first met Matthew and my journey with him through those months, I came to see how he grew into a little saint by accepting with trust and abandonment all that the Lord was asking him. We will only know in Heaven what impact his suffering (united to the sufferings of Christ) had on the world. He was a little white host for the Lord, offered for the world’s salvation. 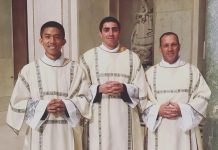