On the day of the Ascension we finished our second mission ad gentes in Taiwan, and we remembered the mandate Our Lord gave to His Apostles, before His departure, to preach the Gospel unto the furthest ends of the earth (see Lc 24:47, Acts 1:8). A commandment that the Church cannot avoid without negating herself, and that gives every mission an aspect of obedience. The mission is not understood as a tactic or strategy, nor as a convenience or opportunity, nor as a search for successes or achievements, but as a fulfillment of an inescapable mandate which goes beyond personal qualities, statistics or numbers, desires or feelings.

Having this in mind, we conducted two missions ad gentes on the beautiful island of Taiwan. I say ad gentes because both were addressed to the pagans and not so much to the Christians that might need to rekindle their faith. The two missions that we did in Taiwan were missions ad gentes and not popular missions; therefore, the methods and activities have been also different.

The main and almost sole task was the house to house visitation, delivering to the people, mostly pagans, four leaflets. The first one was about how true happiness is only found in God, the second about God’s existence, the third on His oneness and the last one about Jesus Christ. Thus we brought to every house a solid material of easy language and clear ideas about our Catholic faith, to be read at any time. If there were doubts or questions, people could contact the parish, whose address and phone number were in each brochure.

In Taiwan, Catholics are a great minority, while pagans and atheists abound. You can find temples and huge statues of Buddha and of many deities (as Guanyin, Matsu, etc.) everywhere. There is also much worship to the “protectors of the neighborhood”, the so-called Tudigong, whom many people revere, offering incense, food and flowers. People also make processions in honor of their gods with music and firecrackers. Once we came across with a huge one that left the whole street full of smoke from the firecrackers and the pavement as a carpet of tiny, shredded red paper. It was impressive to see how people came out of their houses bending their heads or making reverence with their hands, in front of the gods that were passing by. Most homes have altars to idols with incense and red lights and the doors usually have invocations to the gods, asking for protection and even for money.

This was the paganism we wanted to find and to eradicate. But for that we must go slowly… we need to help people understand the preambula fidei, the most basic things. This was the purpose of these two missions and of the leaflets. We hope God will make someone read them and approach the parish …  but that decision is His.

How was our reception in the houses? Not quite friendly. In general there is a lot of rejection and apathy. Most people received the brochures with a kind smile. Others, however, did not accept them, and perhaps a few others ignored us completely. Rarely, we were invited to go in to talk and share a tasty Chinese tea. What a joy it was to see, as if by miracle, some sign of Christianity in the houses! These were sometimes Protestants and only rarely Catholics.

We’ve had two missions: the first one was in the north, in our Parish “Christ the King” of Taoyuan (桃園). The second mission was in the Shrine “Saint Joseph” of Wufeng (霧峰 區), Taichung (臺中).

In both Parishes, the welcome and reception were outstanding. Parishioners of both places treated us too generously, providing us all the necessary things for the missionary work. It was beautiful to see people so good and so committed to the Parish’s activities.

The number of religious was not so big, but we were still able to visit almost the whole Parish territories. In both missions we worked together with local religious and laity, priests, seminarians, and Servants of the Lord (SSVM) from the Houses of Formation of Lipá, Philippines.

In both parishes, we also had some activities for children, with the schools’ support. With the children of Taoyuan, we went for a visit around Taipei, capital of the island, and visited a unique exhibition: “Treasures of the Vatican” in the National Palace Museum. With children of Wufeng we had a day of hiking, competitions and games… Many of these children are pagans or Christians in name only, so the apostolate is, above all, to do something fun and have a good time.

I do not want to end this small chronicle without mentioning a special grace: the visit to the “Founder Image”, which is in our parish of Taiping (太平), Taichung (臺中). It is the image of Our Lady that was in the chapel of the Annunciation in “La Finca”, the Mother House, at the beginning of our beloved Institute. It is the image that saw the birth of our Institute and heard the prayers of its first members … of Marcelo, and of so many others. It is the image that comforted them in the first difficulties and filled their hearts with holy ideals. More than twenty years ago, Fr. Buela sent it to Taiwan with the first missionaries. We went with several seminarians to visit her and to pray at her feet, to pray for our perseverance and for the entire Institute.

And so it was then that we ended the two weeks of mission knowing that although what we did was very little, it was also a lot, because, Fr. Buela said as on one occasion: “where there is nothing, the smallest thing is a lot“. And it’s true, it’s true!

We give thanks to Our Lady and to Almighty God for all the goods we have received and for giving us the opportunity once again to fulfill the missionary mandate, and to not shrink from the missionary adventure.

Institute of the Incarnate Word, IVE 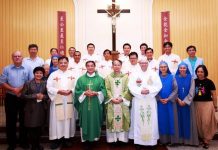 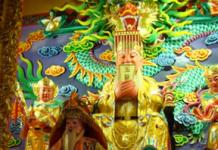 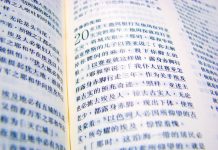 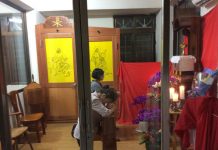 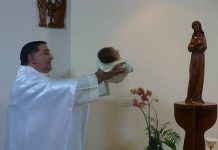