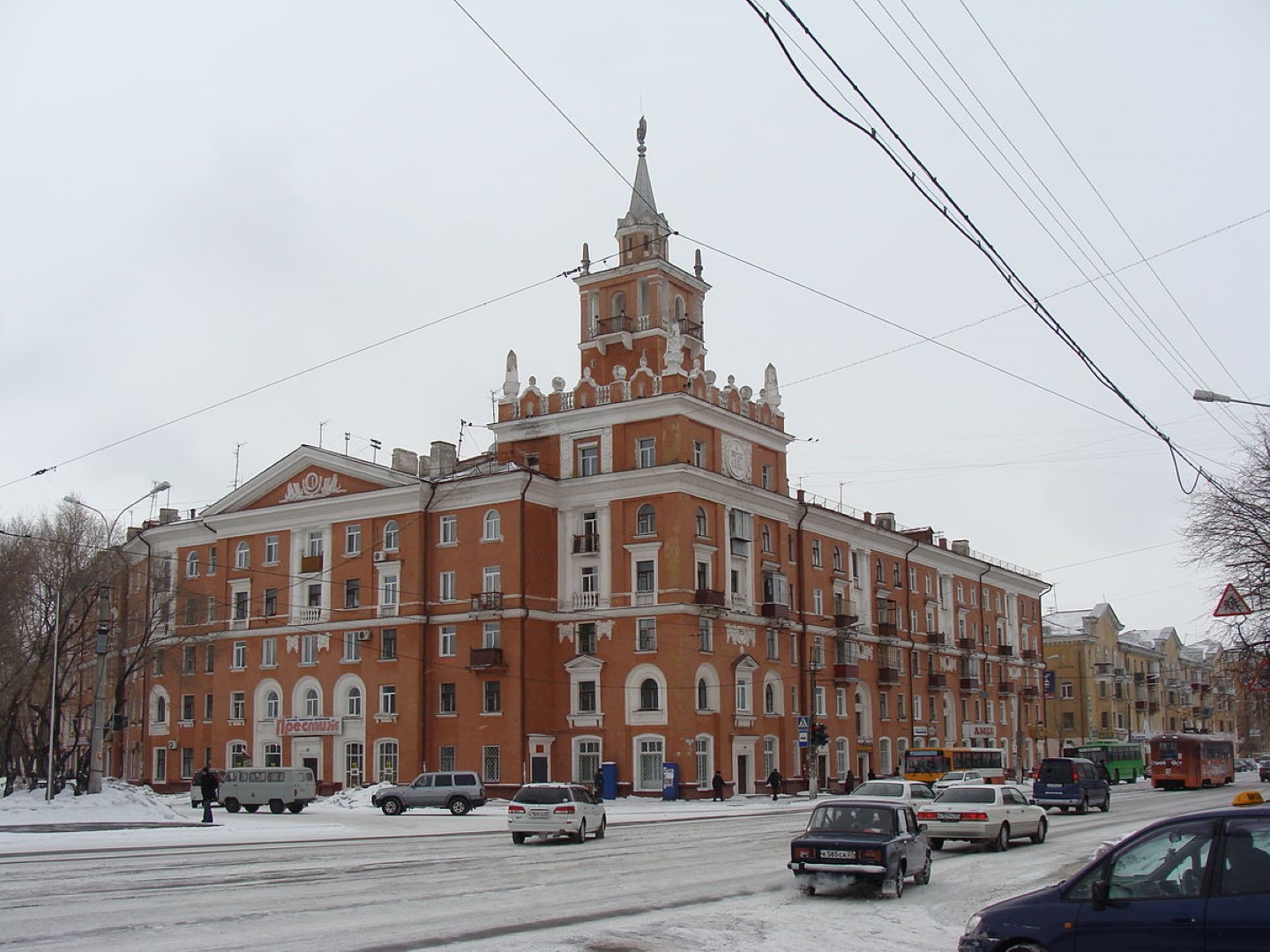 The purpose of this chronicle is to give you a broad idea of the apostolate that we do at the “Holy Family” Parish in Komsomolsk na Amure. It regards a small town with a population of 272,445 inhabitants, situated on the left bank of the Amur River, 356km north of Khabarovsk. In the Russian world it is particularly well known for the fabrication of military airplanes for the Russian Air Force, as this fabrication greatly aids the development of the city and the region; but it is also known for its ski slopes and ice-skating, large sport complexes where athletes compete and train year after year, and where tourists can also enjoy themselves. It is a “soviet city” whose architecture reflects this and whose monuments recall the era of communism in the time of the USSR.

In this city, in a small apartment, every month Our Lord comes down from heaven during the celebration of the most holy sacrifice of the Mass in order to be received by the faithful Catholics of this city. The faithful who attend Mass are few, the exact number of Catholics cannot be known, but those who participate in the monthly celebrations are between 10-15 persons.

The apartment consists of one large room accommodated for the celebration of the Mass, a small dormitory which serves for the sacristy, and a kitchen/dining room where the traditional tea after Mass is enjoyed.

The schedule is more or less thus: Prepare for the arrival of the religious by informing the faithful of the Mass schedule. In general the liturgical celebrations are on Friday evening and Saturday morning. Before Mass, expose the Blessed Sacrament for Adoration for the faithful and pray the Rosary. The Mass is usually very particular, very beautiful, in which the priest can take the required time to reverently celebrate it, the songs are a little more extensive and the joy is great; and all this is due to our faithful since they wait all month for this longed for day, desiring to participate in the Eucharistic Sacrifice and receive Jesus in their souls. After Mass, we gather in the tea room, where each faithful brings something to share as a family. There they talk, they share, one becomes aware of the concerns of the parishioners, their health and other things. During this time, as well as before the Mass, some faithful take advantage to confess or speak with the priest.

I would like to mention in particular two of our parishioners. The first is Leonora, who has been with us since the start of the parish in Konsomolk. She is the daughter of two polish parents. Her father was deported during the time of communism and afterwards was assigned to live in a small city without ever being able to leave beyond its boundaries. Together with her family, Leonora brought the precious image of the Holy Family from Poland to preside over the liturgical celebrations in this humble little parish.

Another faithful worthy of mention is Elena. It is she who in these recent times has collaborated and continues to collaborate with the maintenance of this home-parish, and who takes the responsibility of preparing everything when the religious come. She has been suffering in a drawn-out battle against cancer for some years now, but this has recently intensified. The last time that we went to the city she was not able to attend the Mass because she had been hospitalized, though she begged the doctors insistently to let her leave at least for the length of the Mass. Twice we visited her in the hospital, she received the Eucharist and the sacrament of the Anointing of the Sick. Really, I have to admit that I was left amazed by the devotion with which this woman received Jesus in her heart in the Blessed Sacrament, and what joy she manifested at seeing the priests and sisters arrive at the hospital to visit her. We spoke for a long while, and not once did she let a complaint slip, but rather she was more concerned about how we were, how the faithful at the parish were, and how many attended the liturgical celebration.

For this reason we ask you to pray particularly for the apostolate that we carry out in this city, for our faithful, and in a special way for Elena, for her health and strength. We give thanks to Mary Most Holy under the title of Our Lady of Fatima for all the blessings that we have received over time throughout this apostolate, and we pray that she continues to bless our missions here in Russia.

Our Lady of Fatima…