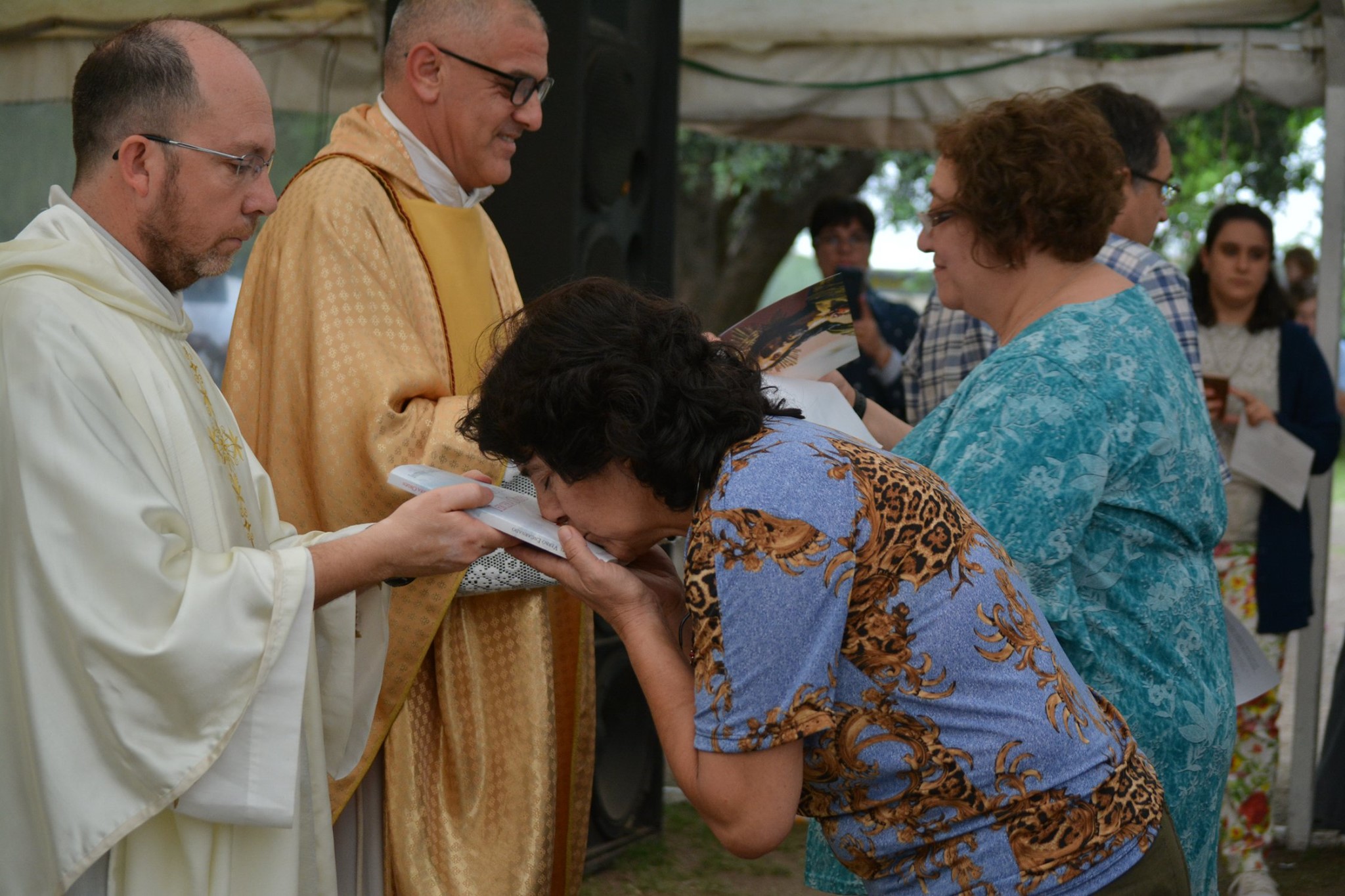 Solemnity of Christ the King: Family Days and Third Order Meetings in the Missions

In the Mother House, in San Rafael, Mendoza

Within the framework of the Solemnity of Our Lord Jesus Christ King of the Universe, and with the theme “Unleash the strength of goodness, whose source is Christ.  Here is the goal of the family.” we held the Third Annual Family Days.  We received families from all over Argentina and even a few who, with great effort, travelled from Paraguay.  The themes of the workshops were conjugal life; the youth of the miracle of Saint Jose Gabriel Brochero; the life of Saint John Paul the Great; the true Catholic Church; and a theme that is the drama of our times: violence.  We ended these days with the “San Rafael for Life” March and the praying of the Holy Rosary.  Afterwards we had the consecration of the human race to Jesus Christ King of the Universe, entrusting to Him our Country and our families.

The boy of the miracle that brought Cura Brochero to be beatified was at the family day. https://radiomaria.org.ar/nunca-dejen-pedir-nico-flores-ni…/

First Family Days in the Monastery in Tenerife

In the Seminary in Lipa, Philippines

In the Novitiate in Chile

Twenty Fifth Anniversary of the Foundation in Sezze Romano, Italy

First Vows in the United States

The Novices in Ecuador Received their New Names of Consecration

Octave for Peace in the Saint Teresa of the Andes Monastery in San Rafael, Argentina

Their particular mission is to pray for peace in the entire world.

Last Day of the Week of Prayer for Peace in Gaza

Feast of Christ the King in Santiago del Estero

Feast of Saint Cecilia, Patroness of Music, with the Children of the Orchestra in Papua New Guinea

Communities of the Servidoras in the United States

General House of the Servidoras in Rome

Community of the Servidoras in Papua New Guinea

House of Saint Anne, Grandmother of Jesus, in Sepphoris

Pilgrimage to the Martyrs of Drohobych in Ukraine

The Sisters from the United States Visit the Provincial House in San Rafael, Argentina

Beginning of the School for Catechists in the Parish of the Holy Cross in Kazan, Russia

Autumn in the Monastery of L’Olleria, Spain

Preparing for Advent in the Saint John Bosco Oratory in Portugal

End of the Year Spiritual Exercises