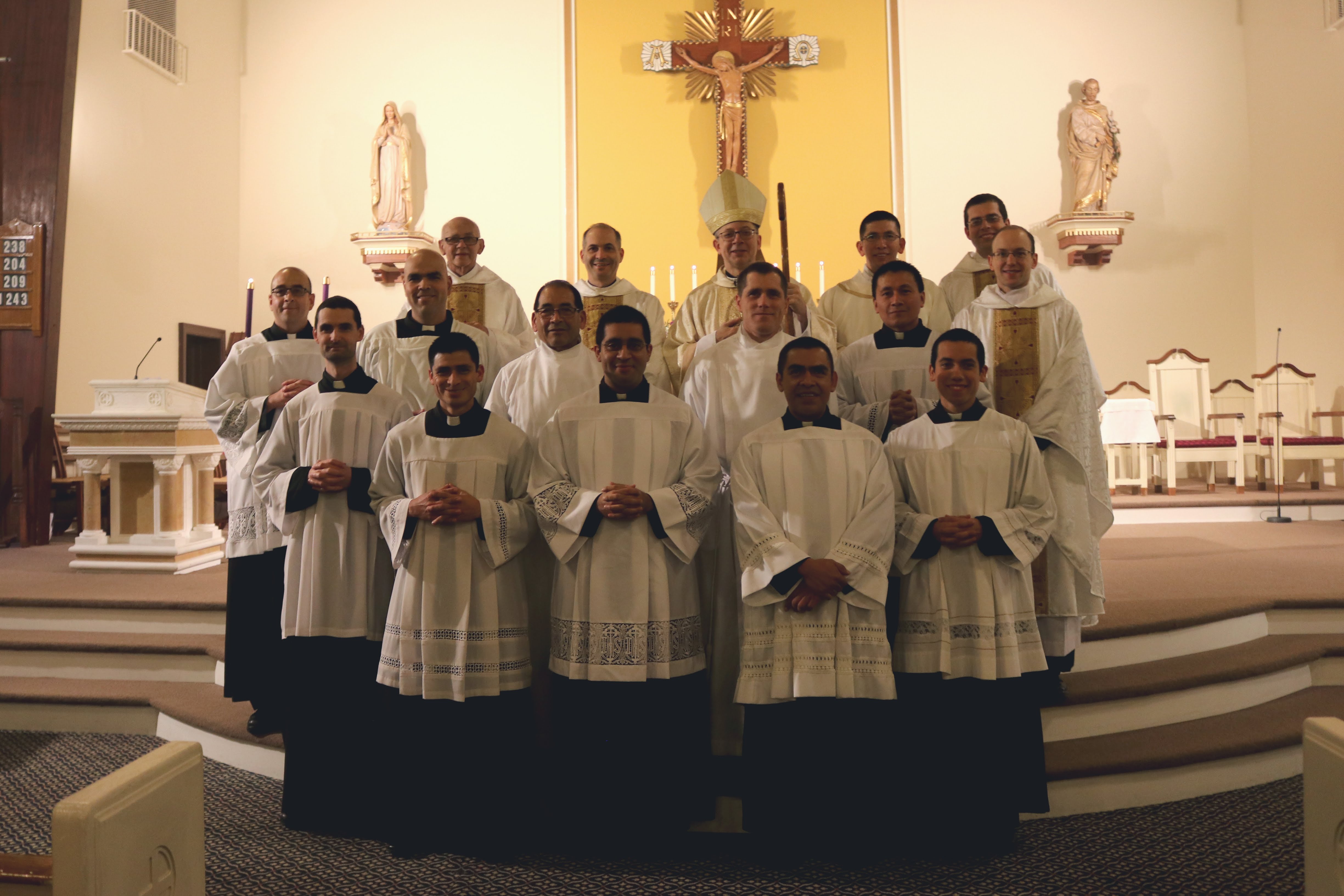 On December 12th, 1531, the Blessed Virgin Mary, under the title of Our Lady of Guadalupe, desired to make herself known to the people of Mexico. She appeared to St. Juan Diego, whom she called her “dear little son”; in 1999, Saint John Paul the Great declared Our Lady of Guadalupe to be the patroness of the entire American Continent. This year, on the occasion of such an important Marian Feast Day, the Venerable Fulton Sheen House of Formation celebrated the conferral of minor orders on this special Marian feast day.

In his homily, Bishop Knestout reminded the seminarians of the importance of taking Mary as their Mother since she plays an essential role in a priest’s apostolate and his missionary endeavours.

Perhaps the ministries of Acolyte and Lector are less known when compared to the Diaconate and Priestly Orders, however, these ministries are significant both for both the men receiving them and for the universal Church. For a seminarians, they indicate a milestone in his their path towards the priesthood. For the Church, these ministries highlight the sacredness of the liturgy, as well as the preparation required to serve in the Lord’s sanctuary. Besides fulfilling the function of the reader during Mass, an lector is called to meditate often and assiduously on the Sacred Scriptures. Additionally, an acolyte is called to grow in servitude and love for the Holy Eucharist by fervent and frequent participation in the Holy Sacrifice of the Mass.

After the Mass, Bishop Knestout joined the entire seminary community for dinner. As a side note, Bishop Knestout was recently appointed as the 13th Bishop of the Diocese of Richmond. He has always been a great friend to the Institute. The IVE is very grateful for his Paternal support and wishes him great success in his new ministry.