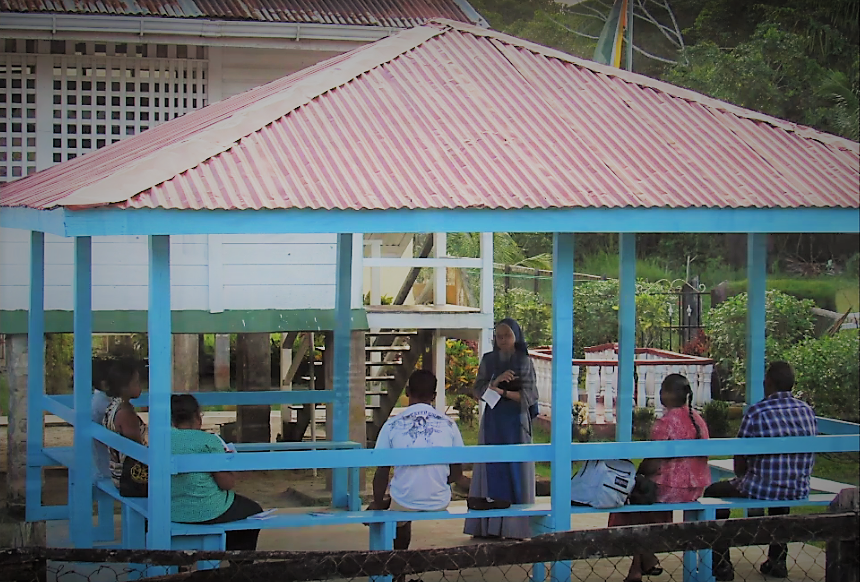 There was still snow on the ground in New York City Friday March 10, when I went to the airport to meet 4 FOCUS missionaries and 7 university students who had given up their spring break to volunteer with our religious family in Guyana. The missionaries and students had been there since 2 pm for orientation. Our flight was at 1:25 am. They came from various universities across the country – some had traveled extensively, but for others it would be their first time ever leaving the country. They were all eager to hear about the mission in Guyana and what exactly they would be doing there. I shared what I knew about Guyana from my previous experience and explained to them the structure and purpose of a Popular Mission.

We arrived in Guyana around 7 am Saturday morning, went through customs fairly quickly and met up with two generous parishioners who would drive us to Parika (about 1 ½-2 hours away).  In Parika we met M.Alborada and M. Caridad and continued our journey to Siriki, a small community on the Pomeroon River. However, first we had to cross the Esquiboo River – a 2 hour ride by ferry, followed by another hour drive to Charity where the missionaries were relieved to find coffee and snacks awaiting them in the rectory of St. Francis Xavier parish. We had a short break in Charity before loading up the boats to go up the Pomeroon River to “Auntie Shirley’s” house where we would be having dinner together. The missionaries had been traveling for over 24 hours at this point. Fr. Humberto Villa, IVE led us in Evening Prayer.  After dinner, he gave us an introduction to the mission in Siriki and “ordered” us to go to bed by 9 pm.  Everyone was grateful for the opportunity to sleep so early!  Sr. Gloria Dei, Sr. Faithful Virgin and myself stayed with the girls at Auntie Shirley’s, the PLA (Parish Lay Assistant) for the Siriki Church while the boys went with Fr. Humberto to another parishioner’s house.

Siriki is one of five communities on the Pomeroon River which belong to St. Francis Xavier Parish in Charity. The church itself is only accessible by boat as are all of the houses we would be visiting. Fr. Humberto described this mission as an outreach mission. The main goal was to spend time with the parishioners in order to teach them to pray the rosary, read Sacred Scripture with them and give mini-catechesis on the Church and the Sacraments of Confession and the Eucharist.

Our short week in Siriki was full of many graces, but there is one in particular that I would like to share with you.  After the first morning of house visits, Fr. Humberto asked me to meet with “Uncle David” in the afternoon to begin instruction for receiving the Sacraments. He was supposed to meet me at 4 pm, but knowing the more laid-back culture of Guyana, I figured I had until at least 4:15 or 430 to prepare a lesson.  To my surprise, however, at 4pm on the dot, I saw a man walking up the dock towards the Church. I prayed to the Holy Spirit and began the lesson after a brief introduction. A little before 4:30, I saw a well-dressed elderly couple walking up the dock. They approached us and introduced themselves as David and Unis and explained they had come to receive instructions for the Sacraments.  I was a little confused that I suddenly had two “Uncle David’s” in my little class instead of one, but continued the lesson and trusted that with the Holy Spirit, the details would be worked “just now” as the Guyanese say.

The next day, the first Uncle David was unable to come to class because he had to take his wife to the hospital to get the results of her tests. His wife Olive had cancer.  However, the second Uncle David along with his wife Auntie Unis came again to class. We finished early, so I took the opportunity to chat with them and to get straight (at least in my mind) which Uncle David had met with Fr. Humberto. As it turns out, it was the first Uncle David who had been sent to me by Fr. Humebrto. However, this couple had been visited by one of the teams of missionaries – Alli Griffin, the team director of the FOCUS group had encouraged them to come to the Church. The man was Hindu and his wife, a baptized Catholic, had never received any other sacraments. They both wanted to be married in the Church and receive all the Sacraments. I was stunned. After one visit with the missionaries they were firm in their desire to enter the Church. As the week continued, my little class began to grow, but Uncle David and Auntie Unis were my most faithful students. The last day of the mission, I saw them approaching from a distance, but something was different. Normally I would see them walk slowly together down the dock, but this time Uncle David was leading, a few steps ahead of Auntie Unis. When I approached to say, “Good afternoon,” he told me very firmly, that he had come to talk with Fr. Humberto. I introduced the happy couple to Father, and waited with joyful hope as they talked with him about their firm desire to enter the Church and to receive the Sacrament of Matrimony. Uncle David insisted that he wanted to be baptized and become a full member of the Catholic Church. While Father was talking with them, another couple who had joined my class later in the week approached.  They also wanted to talk with Fr. Humberto about receiving the Sacrament of Matrimony as well as continuing instruction for the Sacraments of Holy Communion, Confession and Confirmation. In their manner also, I saw a firm resolve to enter fully into the life of the Church as they waited patiently for their turn to speak with Fr. Humberto.

As a result of this mission there will be more work for our religious family in Guyana. Twice a month one of the sisters will give adult catechesis at the church in Siriki.  I ask for your prayers, for the continued fruits of this mission and for the perseverance of those preparing for the Sacraments. 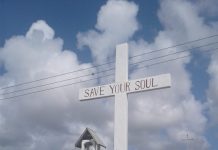 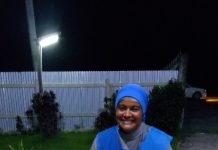 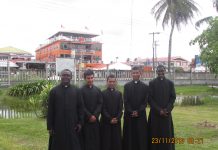 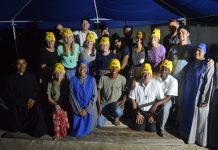 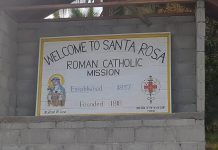