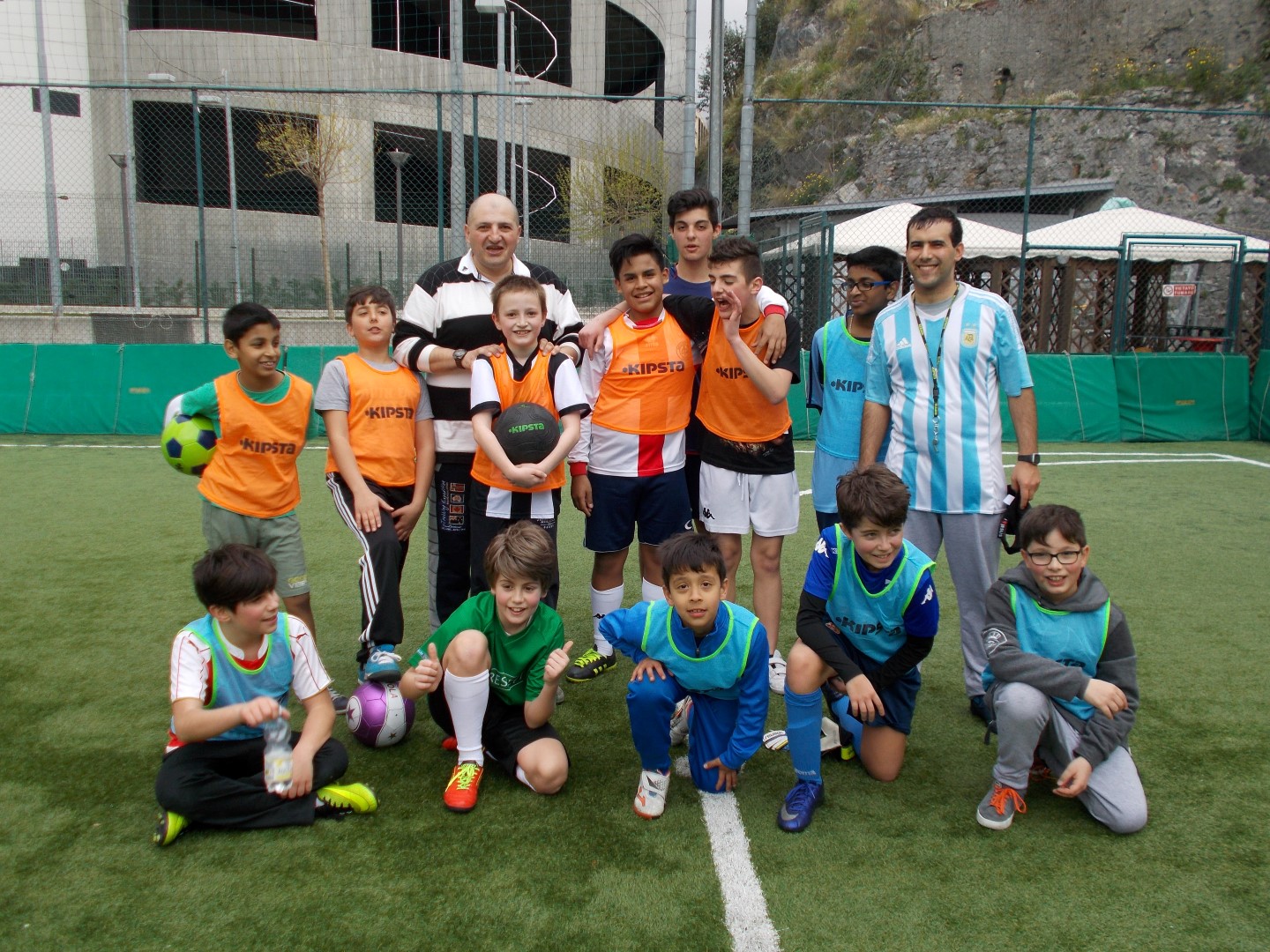 We would like to share some photos of the different apostolates that, by the grace of God, we were able to carry out in 2017, in the parish of San Teodoro, in Genova. We give thanks to God who gives us the grace of being able to do good to souls who are entrusted to our religious family in this parish.

Oratory. With the help of the Servants of the Lord, we have experienced many fruits in the oratory. We have the oratory every Saturday, and thanks be to God it is going well and growing little by little in number. We keep, more or less, the same structure each time: we begin with the “Good Afternoons”, then a game with all of the boys and girls, then the girls go with the sisters to a workshop in the kitchen (the prepare something for a snack at the oratory, and also bring what they have learned to cook home with them); the youngest children make crafts; and with the boys we play soccer. At 5pm we have snack together. Later we began preparing the altar servers for the Holy Mass, and the girls for the “Daughters of Mary” group, which are responsible for the songs, the readings, etc.

Children’s Mass. With much fruit, we have begun to celebrate the Mass for Children (simply making them participate more and adapting the homily for them). Now every Saturday the oratory ends with the Holy Mass for Children, and together with the Mass we began two groups: with the boys, a group of altar servers, and the other group, called the “Daughters of Mary” for the girls who participate in the Mass, doing the readings, the hymns, the collection, the offertory, and they bring flowers for Mary. The fact that the children come also has made many of the oratory children’s parents begin coming to Mass in order to see their children.

The Feast of All Saints: We were able to have the feast of All Saints for the first time, taking the place of the pagan “feast” of Halloween which lamentably is something deeply rooted in many places. But, thanks be to God, we were able to celebrate this day with much success. As it is done in so many places, we had the children come dressed up as a saint and then organized games with prizes. It was a beautiful celebration.

Living Nativity scene: For Christmas, we organized a Christmas play with children from the oratory and catechism program.

Family Day: On May 1st, we participated in the Family Day that is organized by our Major Seminary in Montefiascono- Viterbo. We were a group of 30 persons in one bus, and some went in other cars. All were very happy and on the return trip we made the plan to come next year as well.

Mass with Cardinal Bagnasco:  On Saturday, January 13th, we went to the cathedral for the 900th anniversary of the Cathedral Church, and the altar boys of our parish, together with others, were able to serve at the Holy Mass. Before and after the Mass we took the opportunity to greet and speak a little with the Cardinal, who demonstrated how very pleased he was with our participation and encouraged us to keep working.

We entrust ourselves to your prayers,

The Religious Family of the Incarnate Word in Genova.