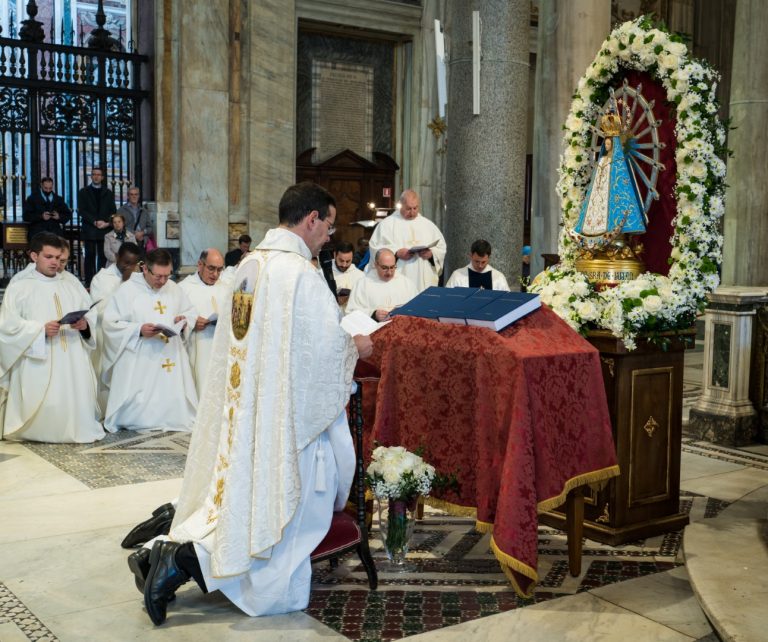 Holy Mass and Festivities with the Religious Family

On the Solemnity of Our Lady of Lujan, Mass was celebrated in the Basilica of Saint Mary Major. In the name of the whole religious family, the General Superior, Father Gustavo Nieto, offered The Most Holy Virgin, our Mother of Lujan, five literary treasures about the miracle of Lujan.  Members of both institutes, the IVE and the SSVM, worked on the reissuing of these works.

Three Religious Made their Perpetual Vows

Video of the Holy Mass

Matins at the Procura of the Servidoras

Our Lady of Lujan: Missionary in Papua New Guinea

Our Lady of Lujan arrived to the Mission of Papua New Guinea twenty years ago.  From the beginning she conquered the hearts of the Papuans who received her as their mother.

During the months of May and October they hold a great procession in her honor.  Our Lady visits each of the communities and stays there for 6 days.  They organize exciting welcomes and farewells for Our Lady.  They compose songs in her honor and venerate her with great devotion.

To celebrate the 20 years, they honored her with a seaside procession.

Visit of Our Lady to the Villages

Message of Saint John Paul II for his Visit to Argentina