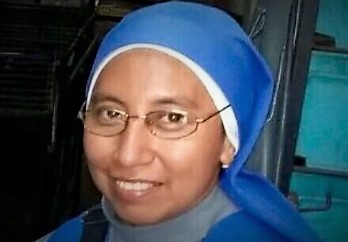 I think all of us have had the experience at one time or another that as time passes and life moves forward day after day memories that we think will always be with us end up slipping farther and farther away and become harder to retrieve with clarity.  For this reason, sometimes moments of reflection are necessary and helpful to keep at least the important memories alive.

The sudden occurrence of Mother Mater Mundi’s illness and death is an example of one of these experiences for me.  I had the tremendous gift of accompanying her, my daughter and sister, for the entire ten days of her suffering, agony, and eventual death.  While living those moments, each day felt like an eternity and the hours stretched on and on as we waited, hoped, and prayed for a miracle.  We tried to fill the long silent hours in the waiting room with prayers elevated to God on behalf of Mother Mundi, and we found ourselves constantly with our Rosaries or Breviary in hand.  More often than not others who were in the waiting room and those who had come to accompany us would also join us in prayer.  While the miracle of her healing was not granted, we definitely experienced God’s grace and Providential care in so many ways during those ten long and difficult days.  The suffering and death of our Sister seemed to be a source of unity for our Religious Family and in our Province particularly; it showered innumerable graces known and unknown upon her own family and friends; and countless people were touched by God’s love through their daily visits to Mother Mundi’s bedside.

As we approach the six-month anniversary of Mother Mater Mundi’s entrance into eternal life (July 10), I am realizing that some of the clarity is fading of the memories of those days that I thought I would never forget.  Therefore, before more time passes I wanted to take this moment to share with my dear Religious Family one of the gifts that was granted to me during that first week of January 2017 and which I do not think I should keep only for myself.  I hope and pray that I will always be able to easily recall this memory no matter how much time passes.  As I mentioned above, many times people from the diocese or from the Parish, or other people who knew the sisters would come to spend time with us in the waiting room of the intensive care unit.  There were only three half-hour slots during the day that we were allowed to visit Mother Mundi so the rest of the time was spent in the public waiting room.  While people would stop by all throughout the day, many would make a special effort on their way home from work to come by the hospital to just sit, pray, and talk with us for the evening hours.  This was a very welcome respite for us because usually by that time of day, we were quite tired and new people always gave us new energy to make it through the rest of the night.

One of the faithful women who visited Mother Mundi and sat with us almost every evening was Michelle, the secretary of the Diocesan Cathedral.  Before Mother’s illness she did not know the sisters but once she heard about what happened she personally took on the responsibility to be a support to us in whatever way she could.  She was so kind and generous with her time and we were always very happy when we saw her walking down the hallway to be with us.  She got to know us very well during those days and she would often thank us for allowing her to accompany us during this time of suffering.  She expressed that she found an uncommon joy in the way we lived our consecrated lives.   About two days before Mother Mundi died, I had a conversation with her and this is the point that touched me deeply.  She told me in confidence that she had heard people in the diocese talking about us and Mother Mundi’s situation.  It seems that they were under the impression that we were extremely naïve and that we did not realize how serious Mother’s condition was.  They said that if we knew the reality of what was going on that there was no way we could still have a smile on our face.  Then with a hint of motherly pride in her voice she continued telling me that she defended us in their presence.  She told them that she had personally been accompanying us every day for long stretches of hours at a time; that she heard the doctor’s reports alongside of us; that she saw us suffering with our sister and she attested that we knew exactly what was going on; but, she also told them that she was a witness that none of this painful reality seemed to take the joy from our spirits and our lives.  For the conclusion of her defense to the people who were talking about us she said to them with authority and conviction: “it’s almost as if they have something in their formation that teaches them how to bear suffering with joy.”

As she spoke this final sentence I closed my eyes and nodded my head to her in agreement but at that moment I could not respond with any more words.  What she said entered my soul deeply. I remember, at that moment, being overcome with an immense gratitude in my heart. Gratitude to God for the gift a deep understanding of the redemptive meaning of suffering and the sustaining grace to live it out in such a concrete way. Gratitude to Fr. Buela who from the beginning has always taught us to “be experts in the wisdom of the cross, in the love of the cross, and in the joy of the cross” (Const. n. 42). Gratitude to my Religious Family and to the formation received therein which has rooted me in the reality of the Paschal Mystery of Christ. Gratitude for the courage and wisdom of Michelle who was able to put into words a truth about our Religious Family that so often we ourselves take for granted and for which we do not often enough express sufficient gratitude.

So, this is the anecdote I wanted to share with the Religious Family. I hope it can be a source of reflection for all of us, in order that together we may give thanks for the gift of the Cross in our lives and for our formation which truly has taught us how to bear whatever suffering may come to us with great joy for we know with confidence that suffering and pain have a limit, for they are in time; but, in eternity, the glory that is to come will be per omnia secula seculorum.

Mother Mary of the Immaculate Conception 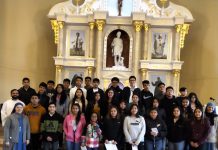 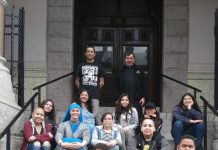