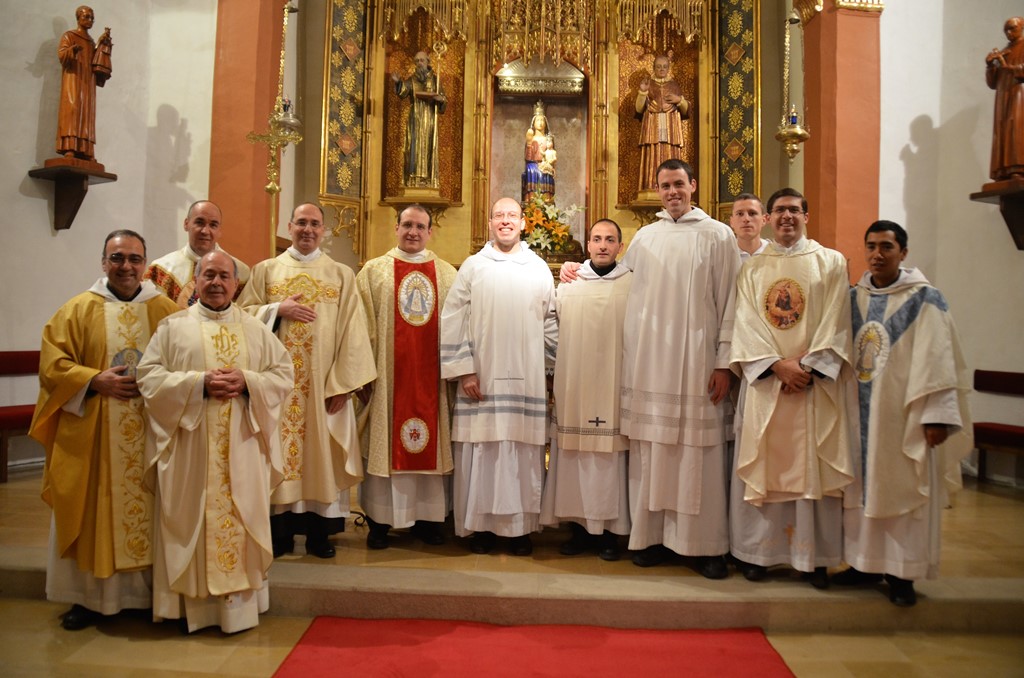 In a celebration which strongly reflected the international facet of the IVE’s monastic house of formation, three of us contemplative seminarians from three different countries professed perpetual vows in El Monasterio de Nuestra Señora del Pueyo in Barbastro, Spain on May 9th, on the transferred Solemnity of Our Lady of Luján. Since becoming a house of formation in 2013, the monastery has witnessed an annual profession of perpetual vows by the various seminarians who have responded to God’s call to consecrate their lives to the contemplation of the mystery of the Incarnate Word in silence and solitude. In the Mass, Fr. Miguel Soler, superior of the province of Our Lady of Pilar, preached on Marian aspect of the vows and how our vow of Marian slavery is not only a fourth promise placed alongside the Evangelical Counsels but also qualifies the other three. Present were some family members of the monks, several apostolic missionaries of the Institute, some third order members, and faithful of the monastery.

Although we are contemplatives, the vows which we professed were not for any particular branch of the Institute, but were the exact same vows which all of the sons of the Institute profess. As many other members of the IVE, we professed vows on the Patroness’ feast day and made a fourth vow of Marian slavery.[1] The way by which we will live out their vows is traced in the same constitutions. And the same provincial superior who looks after all the apostolic branch’s activities in the province received our vows. It is the Institute, not the contemplative branch, which has definitively received three new members.

In what way does a monk fit into the IVE? What is his function within our religious family? Like all members of the Institute, the inculturation of the gospel is what the monk seeks to bring about. Like a human body in which not all the parts have the same role,[2] different members of our religious family undertake diverse operations in distinct manners in order to bring about the same end of evangelization. How does the monk do this? By living out his vows in their maximum degree.

The inculturation of the gospel is the specific end of the contemplative branch.[3] It is what we monks swore to do when we promised to “commit all my strength… to inculturate the gospel in the diversity of all cultures.”[4] Again, the white of the monastic habit symbolizes the Transfiguration[5] which is intimately related to the evangelization of the culture.[6] So a monk is supposed to inculturate the Gospel, but how does he actually go about doing that?

If “inculturation” is understood in a purely material sense, requiring an immediate contact between the missionary and the society, the monk would indeed be extremely limited and perhaps completely incapable of inculturating the Gospel in any society. After all, an essential aspect of monasticism is the actual or material separation from the world, traditionally known as the fuga mundi. But inculturation is by no means limited to specific acts and moments consisting of direct contact with any particular manifestation of society. As Fr. Miguel Soler noted, “we begin to evangelize the culture the moment in which we insert ourselves into a movement which has this as its specific end.”[7] That is to say, the inculturation is accomplished more by who we are than by what we do.

In the light of this, we can say that one way in which a monastery can contribute to the evangelization of the culture is by the testimony of its way of life. Vita Consecrata teaches that “the Gospel way of life is an important source for proposing a new cultural model.”[8] In the mind of Blessed Paul VI, this way of life is embodied in the monasteries in which the Gospel reigns.[9] These small ideal societies of contemplatives “lends luster to the people of God which is inspired by their example and which gains new members by their apostolate which is as effective as it is hidden.”[10] Monasteries, especially in the mind of St. Augustine,[13] were originally a return to the apostolic community’s way of life: “cor unum et anima una” (Act 4:32). This way of life is the ideal to which the inculturation should tend; the elevation of the culture to the virtues embodied in the apostolic community. Insofar as the monasteries reflect this way of life, they serve as a model for the society and for non-believers. It can be said that modern man, being so saturated with images, is helped much more by seeing what a Christian culture should be than by reading or hearing about this ideal. This idea is reflected in St. Francis’ famous saying, “Preach the Gospel at all times, if necessary, use words.” The monastic community, whose silence usually excludes the preaching ministry, makes visual the Gospel by its way of life.

Now, this ideal of the Gospel way of life, is made present to the degree in which the vows or evangelical counsels are practiced by the members of the community. With the recital of a short formula, the monks took “the more excellent and quickest means to achieve their end;”[14] both their final end of loving union with God as well as their specific end of the evangelization of the culture. Monks of the Institute, being dedicated solely to the unum necessarium, have a greater opportunity, and indeed, a greater need, to practice these evangelical counsels in their most sublime degree.

Poverty, consisting in the voluntary abandonment of exterior goods, is an especially attractive sign in these exceedingly materialistic times. The alluring force of poverty, which was manifest in St. John the Baptist and the Medieval Mendicant orders, remains an efficacious means of calling souls to God. Hence a noted spiritual writer refers to the example given by evangelic poverty as “the foremost and most efficacious of the means”[15] in the work of the conversion of his home country.

In a similar way, the vow of chastity positively assists in the monk’s contemplative vocation, which consists in thinking of the things of God,[19] as the unmarried man is concerned about the Lord’s affairs (1 Cor 7:32). Moreover, the same love of Christ which inspires the religious to profess this vow, also inspires “especially those who lead the contemplative life, to offer to God, for the salvation of their neighbors, ‘not just their prayers and petitions, but rather their proper immolation which contributes powerfully to the good of the Church.’”[20] Chastity also contributes to the evangelization of the culture as it serves as a powerful example in as much as it is a witness to the future supernatural realities of the resurrection of body, man’s heavenly homeland, and the life in union with God. It is a manifestation of a heart which is given totally to God. Those who practice chastity demonstrate the possibility of overcoming the ferocious passions which have tied down so many souls which have the potentiality to soar to the heights of sanctity. Finally, the authentic love which impels one to profess this vow is a statement against the dominant hedonistic mentality of our days which makes all love superficial and egoistic.[21]

Obedience is the monk’s virtue par-excellence. Monasticism, which arose from a desire to give one’s life for God in the era when the Roman Empire ceased to persecute Christians,[22] was often conceived by the Fathers of the Church as a “bloodless martyrdom.”[23] As the martyr submits his body to others for the love of God, in a similar manner the obedient religious submits his will to another for the love of God in a spiritual holocaust. St. Pachomius, founder of coenobitic monasticism, transferred the holocaust of the monk from the corporeal penances of prolonged fasts and heroic night vigils to the altar of obedience.[24] Building on this Patristic concept, Bl. Columba Marmion wrote in his Christ: The Ideal of the Monk, “Failing martyrdom, which is not at our disposal, we immolate ourselves as far as it depends upon us, by the vow of obedience. The sacrifice is immense; it is besides extremely pleasing to God.”[25] Hence, obedience is as close to martyrdom as one can be without suffering actual corporeal punishment.

From this intimate connection between obedience and martyrdom, the manner in which obedience contributes to the evangelization becomes clear. It has been argued that one of the foremost reasons for the rapid conversion of the Roman Empire was the example set by so many Christians who willfully accepted martyrdom.[26] Tertullian’s conviction of this led him to declare that “the blood of martyrs is the seed of Christians.”[27] The very word martyr is derived from the Greek term for witness (μάρτυρ).[28] As St. Thomas teaches, martyrdom is an explicit witness to the Christian faith.[29] Obedience, understood as a bloodless martyrdom, now can also be seen as a bloodless witness to the faith and hence one more mean to be utilized in the work of evangelization of the culture. To the extent that we live these precious Evangelical Counsels, we give an eloquent testimony of the primacy of God which is particularly necessary in the work of the Evangelization of the culture.[30] By means of the counsels we transfigure our life and become a footprint which the Trinity leaves in history.[31] In this way we also fulfill our Lord’s precept: “your light must shine before others, that they may see your good deeds and glorify your heavenly Father” (Mt 5:16). By simply being what we are, monks who live according to the evangelical counsels, we will silently contribute to the evangelization of the culture.

We give thanks to God for the gift of our religious vocation and ask through the intercession of Our Lady of Lujan for the grace to persevere until the death in this little religious family of the IVE.

Keep us in your prayers and know that you are all in ours.

[1] Cf. The preferential devotion which the monks should have for Our Lady is laid out in the  Directory of Contemplative Life, 65-66.

[3] Directory of the Contemplative Life, 6.

[7] Fr.. Miguel Soler, El apostolado intelectual de los monjes del IVE y la evangelización de la cultura, given in the the meeting of members of the General government with representatives of the contemplative life and some provincials, September 9, 2015.

[8] St. John Paul II, Post-Synodal Apostolic Exhortation Vita Consecrata [On the Consecrated Life and its Mission in the Church and in the World], 80.

[11] Directory of Fraternal Life in Common, 16. It goes on to specify the reason for this saying, “…because for them [the contemplatives], the fraternal life has wider and deeper dimensions which spring from the fundamental requirement of this particular vocation; that is to say, the searching only for God in silence and prayer.”

[22] The early Christian idealization of martyrdom is explained by Christopher Dawson: “For the martyr was the complete Christian. He was the champion and hero of the new society in its conflict with the old, and even the Christians who had failed in the moment of trial – the lapsi – looked on the martyrs as their saviors and protectors.” (Christopher Dawson, The Making of Europe: An Introduction to the History of European Unity, [The Catholic University of America Press: Washington, D.C., 2003], 36.)

[26] Cf. Dawson, The Making of Europe, 37. “More than any other factor it [martyrdom] secured the ultimate triumph of the Church…”

Institute of the Incarnate Word 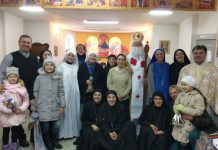 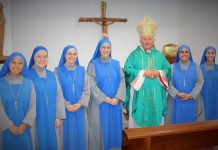 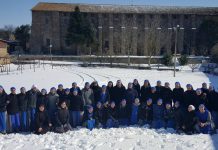 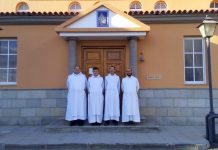 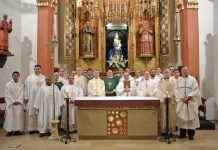